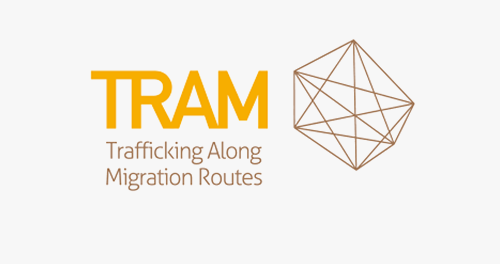 In 2017 – 2018 LSI was partner of the international consortium of the TRAM project coordinated by ICMPD.  This project ‘Trafficking along Migration Routes (TRAM): Identification and Integration of Victims of Trafficking among Vulnerable Groups and Unaccompanied Children’ funded by the European Commission (AMIF). The project has been co-funded by the Austrian Federal Ministry for Europe, Integration and Foreign Affairs.

The main project objective was to support and enable the integration of victims of trafficking among vulnerable migrants and refugees, including separated and un-accompanied children, by establishing a multidisciplinary and transnational approach for early identification, referral, service provision and protection in the context of the current migration and asylum processes in transit and destination countries along the migration route, in particular Austria, Bulgaria, Finland, Germany, Greece and Sweden. Project activities included research in Austria, Bulgaria, Finland, Germany, Greece and Sweden, different exchange meetings, development of prevention materials and an e-learning tool.  (the rest I deleted of this Alinea)

The project specifically worked on:

Enhancing knowledge among migration, asylum and anti-trafficking stakeholders in the targeted countries as a result of the research assessment on a) the risk of exploitation and trafficking among vulnerable populations; b) gaps and needs analysis on stakeholder capacity in intervention responses and related training needs; and c) analysis of the integration of trafficked people in destination countries;

Strengthening multi-stakeholder cooperation at national and transnational level through their participation in two transnational seminars targeting a wide range of professionals; Improved early identification, referral, service provision, protection and integration of victims of trafficking among vulnerable populations by delivering two national trainings and two webinars, as well as by making the e-learning module available online;

Enabling integration possibilities for victims of trafficking among vulnerable populations as a result of national round tables and pilot simulation exercises held in Sweden, Germany and Finland, model strategic plans and an Integration Roadmap for trafficked people.