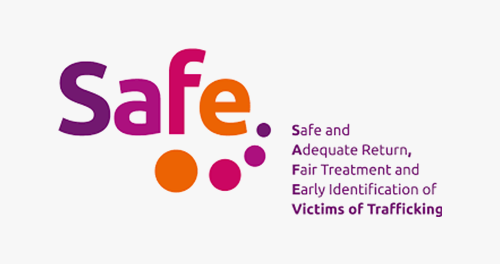 In the context of current asylum and migration processes within the EU human trafficking takes on a whole new dimension. Among the 100,000s of uprooted people crossing the EU external borders – in particular since 2014 – it has increasingly difficult to identify trafficked persons at an early stage.

To address this issue, the SAFE! Project (Safe and Adequate Return, Fair Treatment and Early Identification of Victims of Trafficking) was initiated and implemented from January 2017 until December 2018.  This two year project was coordinated by the Dutch shelter organisation HVO Querido and was implemented with an international consortium comprising NGO’s, GO’s and IGO’s from the Netherlands, Hungary, Bulgaria and Macedonia. This project was funded by the European Commission (AMIF fund).

In 2017 a survey questionnaire was launched by LSI and Comensha/La Strada Netherlands to collect input about trends, bottlenecks, needs and best practices related to the issue. The findings will be included in the final report. The findings of the SAFE project were discussed at a final conference  in Bulgaria, in October 2018. See the final SAFE project report with all information about the project, its activities and results.

LSI and Comensha further developed a social map of organisation online. This map contains contacts of relevant European and non European support organisations and provides information about the services they offer.