Rights at Work – Tackling labour exploitation in all economic sectors 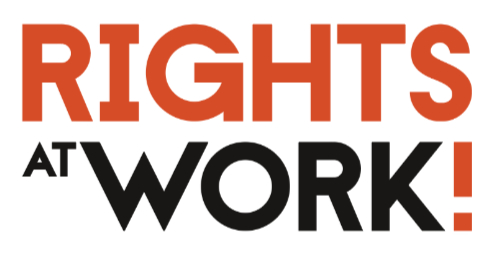 The project Rights at Work – Tackling Labour Exploitation in All Economic Sectors was implemented over a period of 26 months between 2016 and 2018 and coordinated by La Strada International, with six national implementation partners from Poland (La Strada Poland and Association for Legal Intervention/SIP), Bulgaria (Animus Association), Romania (AIDRom) and Netherlands (SOMO, FairWork).

The project, funded by the Dutch Ministry of Foreign Affairs (Small Human Rights Fund), aimed to contribute to addressing and preventing labour rights infringements and exploitation (including severe forms of labour exploitation such as human trafficking and forced labour) in Poland, Bulgaria and Romania. Rights at Work was informed by practitioners signalling for a number of years that important stakeholders in the identification of labour rights infringements and exploitation are being hampered by insufficient knowledge on the context of exploitation and the role of businesses therein.

The project objective therefore was to improve the rights situation on the ground. Firstly, by raising awareness and building capacity among trade unions and labour organisations to help them better identify and reach precarious sectors with low levels of labour organisation. Secondly, the project aimed to raise awareness and build capacity among anti-trafficking NGOS and others to help them identify cases of trafficking for labour exploitation. This requires increased information exchange and referrals of cases of exploitation between relevant stakeholders, such as Labour Inspectorates, trade unions and relevant NGOs. Thirdly, the project sought to create political will for effective national frameworks for decent work and business and human rights, and their enforcement in Bulgaria, Poland and Romania. This was done by engaging a broader group of governmental actors in training and stakeholder group meetings.

For each of the countries – Poland, Bulgaria and Romania – the context of human trafficking and labour exploitation was mapped through field visits in 2017, and desk research and analyses in 2017-2018. In 2017, a working group of relevant stakeholders was set up in all three countries to discuss the state of affairs in their country regarding precarious working conditions, exploitation and business and human rights frameworks. During the course of the project, these groups helped identify barriers to identification of victims and claiming justice, as well as what changes are needed. The stakeholder group sessions also helped improve structural information exchange. The project further consisted of training and seminars organised in 2017 and 2018, in which trade unions, NGOs and other stakeholders looked at the national situation of labour exploitation and its root causes; as well as at existing national legislation and practices and recent changes in the labour market, and the (in)abilities of labour unions and other stakeholders to address these. In September 2018, the final findings were presented and verified at a conference in the Netherlands. This report contains recommendations for policy and practical changes that were formulated as a result of the project activities, as well as the conference findings.