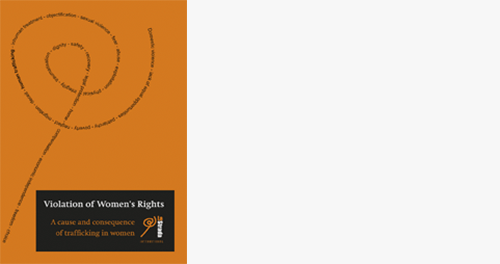 On 8 March 2008, International Women’s Day, La Strada International (LSI) presented its report Violation of women’s rights: a cause and consequence of trafficking in women at a special event organised by the women’s fund Mama Cash and the platform Women Inc. in Amsterdam. LSI took the initiative for this research in an attempt to highlight root causes, and in particular the fact that the violation of women’s rights makes women vulnerable to trafficking. The report concludes that as long as legal migration is impossible or severely restricted, migrant workers are forced to take risks and are practically driven into the arms of the criminal networks that control illegal routes into the countries of destination and provides practical recommendations for governments to address women’s rights to prevent further human rights abuses such as trafficking from occurring. The report was presented to Prof. Dr. Cees Flinterman, Honorary Professor of Human Rights and member of the UN CEDAW Committee and a panel discussion took place together with La Strada member representatives and other experts.

The report accompanied the La Strada campaign “We want Rights and Roses. Prevent Trafficking – Respect Women’s Rights”, which was launched the same day to draw attention to gender inequality as an important root cause of trafficking and to influence policy to take into account root causes and follow a human rights-based approach, rather than a law enforcement approach to anti-trafficking measures. Parallel to an international campaign, a number of La Strada offices launched national campaigns, stressing the link between women’s rights and trafficking, including press conferences and round-table discussions to highlight the importance of respecting women’s rights. In Bosnia and Herzegovina, roses were distributed and a television presentation was broadcast to promote the campaign. In Macedonia, leaflets – in the form of flowers – were distributed in two daily newspapers to raise public awareness on the issue of women’s rights. Within the framework of the campaign both La Strada Belarus and La Strada Ukraine conducted pilot research projects on the economic costs of domestic violence, the results of which were also presented on 8 March.