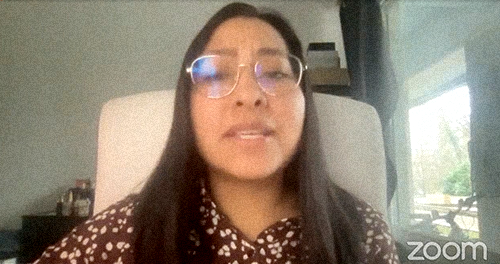 On 20 April, a webinar on Promoting NGO – media partnerships: reporting about human trafficking took place. This webinar was organised by the Journalismfund.eu’s Modern Slavery Unveiled programme and La Strada International.

Speakers including representatives of LSI, ASTRA and the media who discussed the role of journalists in raising awareness about human trafficking, reducing vulnerabilities and holding governments, law enforcement and businesses to account. The recording is still available here

While there is quite some attention from the media for the issue of human trafficking – especially now also in relation to the war in  Ukraine – media tend to focus on trafficking for sexual exploitation and victim stories. Often stories confirm stereotypes, which contradict NGOs, who wish to highlight that the group of trafficked persons is quite diverse and that not only women are trafficked for sexual exploitation. Also there is limited attention of the media for the root causes of human trafficking and the impact of policies and measures on trafficked persons.

NGOs can profit from working with media representatives, who can help to bring more attention and visibility for their work and the cause. However, there are challenges too.  Not necessarily the information published by the media, will  support NGO’s advocacy. If media information is not correct, it is very difficult for NGOs to respond in the media and to see it corrected, the same for media messages that are harmful for victim rights.

For NGOs it is important to think what they need the media for’; e.g. to raise awareness on the issue; to get more support for grass root advocacy work, to get a break through in a case, to raise attention for the fact that cases are being dismissed, or to highlight that support is lacking etc. Media can also help to promote new (research) findings or evidence, or to oppose government policies and strategies etc.

La Strada International believes that the media should make more use of (specialised) NGOs, when reporting about human trafficking and is happy to extend its cooperation with journalists.

See also grant programme of the journalism fund https://www.journalismfund.eu/modern-slavery-unveiled which aims to enable independent journalistic investigations into the exploitation of Asian victims of human trafficking and forced labour in Europe.