Vietnamese workers at Chinese factory in Serbia calling for Help 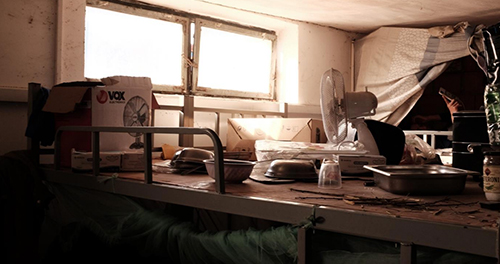 On 15 November, LSI’s member ASTRA-Anti Trafficking Action and the NGO A11 addressed all relevant Serbian governmental actor to take action related to exploitation of a group of Vietnamese workers.

Both organisations found out that approximately 500 Vietnamese workers live and work on the construction site of the Chinese company Linglong International Europe in Zrenjanin, Serbia. The site was visited by both organisations on 14th of November, where they spoke with around 50 workers.

The first-hand accounts from the site shows that workers are living in inhumane conditions; being forced to work 26 days a month, 9 hours a day without protection equipment or compliance with work safety rules. They are living in overcrowded barracks with no proper heating or sewage systems, inadequate electricity and insufficient food and only two toilets for all workers. The Vietnamese workers came to Serbia between March and May and worked and lived since then in these inhumane conditions. The desperation for food led them to hunt animals. Workers have reportedly gone on strike twice so as to protest the lack of food provided and failure in reimbursement since May.

Workers signed contracts abroad and/or in Serbia, none of the workers who signed the contract have been given a start date, and the payments were in cash. Upon their arrival and accommodation, the workers had to hand over their passports to the employer because they were told that this was the practice with foreign nationals. The workers wanted to get vaccinated against COVID-19 but could not. Several of them, with symptoms of COVID-19 infection, had to cover the costs of testing in a private clinic where they were referred by their employer, as well as the costs of necessary medicines prescribed by the doctor.

The workers testified to the NGO representatives that half of them would like to return home to Vietnam. Nonetheless, they are unable to return since they are not in possession of their passports, and they have they been paid all the agreed salaries. Some are afraid of deportation, absence of reimbursement, and that they will not be able to settle the debts they made in order to start working in Serbia.

MEPs have raised concern about the case and the inhumane conditions, stating that the ‘the Serbian government’s silence on this forced labour means that they are complicit in modern slavery’, while “urging the Serbian authorities, Ministry of Labour and Labour Inspectorate, as well as the Ministry of Interior and Office for Coordination of Anti-Trafficking Activities, and Public Prosecutors’ Office, to immediately react to these blatant abuses of workers’ rights and human dignity in the country”.