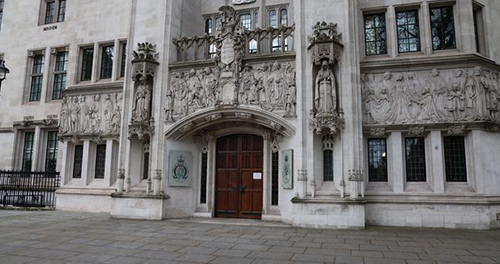 The Supreme Court majority identifies the criteria for determining whether a case amounts to exploitation of a domestic worker for profit, referring to the concepts of servitude, forced labour and human trafficking recognised in international law. Such conduct falls within the ‘commercial activity’ exception to diplomatic immunity, which is also customary international law.

The case concerns a domestic worker from the Philippines, Ms Wong, who alleges that she worked in the residence of a current Saudi diplomat in conditions of modern slavery. By a majority of 3 to 2, the Supreme Court has decided that, if the facts alleged are proved, Mr Basfar does not have diplomatic immunity in relation to the claim.

In summary, Ms Wong’s allegations, which were assumed to be true for the purposes of the appeal, were that she:

Ms Wong was paid nothing for 7 months, she was then paid approximately £1,800 for six months in a lump sum, a fraction of her contractual entitlement. After that she was not paid again. She eventually managed to escape these abusive conditions.

The case was brought to the Employment Tribunal, which held that diplomatic immunity does not protect from claims of human trafficking and modern slavery (See ET judgment here). The Saudi diplomat appealed to the Employment Appeal Tribunal (EAT). The EAT recognized that establishing whether the case fell under the commercial exception to diplomatic immunity was ‘a matter for resolution at a higher level’ and immediately granted a leapfrog certificate to the UK Supreme Court, bypassing the Court of Appeal. It is hoped that this decision by the UK Supreme Court paves the way for victims in this situation to hold their exploiters to account as they will no longer be protected by diplomatic immunity.