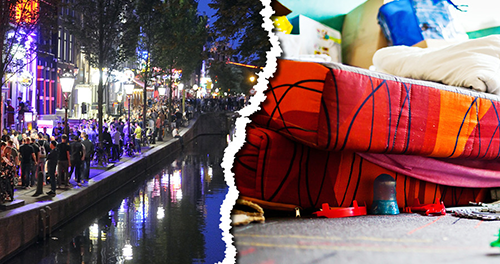 The role of municipalities in combating European human trafficking networks

From 6 to 9 September, the City of Amsterdam will host Anti-Trafficking Week. As part of the week’s events, a conference will be held on Tuesday, 7 September, during which the city will launch a European inter-city knowledge network that will jointly look for innovative ways to identify, frustrate and combat criminal networks. It is also vital that victims of human trafficking receive legal assistance, and that they have access to other forms of care, such as shelters. Special attention will be given to this topic during the first inspiring session.

There are human trafficking networks operating in Europe that primarily exploit women and trans women from Romania and Latin America, forcing them into prostitution. These women are trafficked from city to city, and are seldom allowed to stay in one place long. Because these sex workers usually stay in a city for only a short time, they too often go unnoticed by healthcare organizations, the police and municipal enforcement – at least in the Netherlands.

The Dutch Fieldlab Lovitura will present its research findings at the conference. The team has developed innovative methods to gain a better understanding of Romanian human trafficking networks and to make it easier for national and local authorities to frustrate and combat them. After the event, the participants will have the opportunity to become better acquainted, to exchange knowledge between cities and to start building a European inter-city network.

Feel free to share this invitation within your network.

Register for the conference

Program and details of the conference