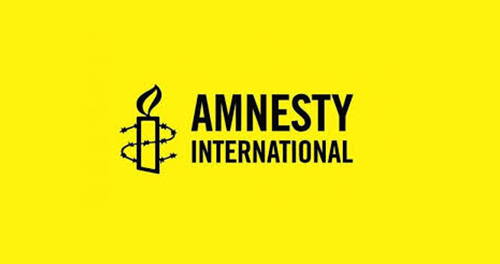 Today Amnesty International published its Policy on State Obligations to Respect, Protect and Fulfil the Human Rights of Sex Workers, developed in recognition of the high rates of human rights abuses experienced globally by individuals who engage in sex work.

La Strada International welcomes Amnesty International’s call for the protection of sex workers from human rights abuses and violations and fully supports its ‘unflinching determination to address and oppose serious human rights abuses experienced by sex workers – such as violence, extortion, harassment and denials of rights to health, housing and other essential services.’

The crime of trafficking in human beings can only be stopped if every person’s rights as a human being are recognised, respected and realised. La Strada International promotes women’s, labour, migrants’ and human rights to ensure people are protected by law from exploitation and abuse.

We are aware that the sex industry is a vulnerable sector for human trafficking. However La Strada respects the right of people to make their own individual decisions, including the decision to undertake sex work. La Strada opposes the criminalisation of sex workers or clients of sex workers.

Trafficking occurs both in countries where sex work is legal and in countries where aspects of commercial sex is criminalised. La Strada is convinced that focusing the debate on the abolishment or criminalisation of sex work will not lead to the protection of the human rights of the women concerned, neither will it effectively address trafficking in human beings.

In fact, there is growing evidence, as also reflected in the reports Amnesty International published today, that criminalising sex work, makes sex workers more vulnerable to rights violations and increases the risks and dangers that sex workers face; exacerbates inequality and discrimination, and leads to harmful impacts. As further noted in the Amnesty policy and accompanying documents, sex workers are amongst the most vulnerable communities globally, experiencing high levels of violence and human rights abuses. The multiple discriminations faced by sex workers due to their occupation, gender identity, poverty, race, ethnicity and migration status are reinforced by pervasive stigmatisation and, in many countries, criminalisation and penalisation of sex work.

Human trafficking is not a stand-alone phenomenon. We acknowledge that the intersections of migration, development, labour market and social policies in trafficking in human beings should be addressed on the international political platform in order to bring about the structural changes that are needed to really deal with the root causes of human trafficking. While we strive to address human trafficking broadly, on the European political level, addressing trafficking seems to be more and more narrowed down to repressive prostitution policies.

With concern we have noticed the increased calls in Europe for the introduction of legislation to criminalise sex workers, or sex workers’ clients.

As reported by Amnesty ’The conflation of human trafficking with sex work can result in broad and over-reaching initiatives that seek to eradicate all commercial sex as a means to end human trafficking. Such approaches work in practice to violate sex workers’ human rights, and in general can make sex workers and people who have been trafficked more vulnerable to violence and harm.’

Initiatives to criminalise buyers of services and products, are solely focusing on the prostitution sector and not on other vulnerable sectors like construction, agriculture and domestic work, where forced labour and human trafficking also occur.

These policies do not only severely harm the rights of sex workers, they also neglect the experiences and needs of people trafficked in other industries. Decent work and social inclusion are important ingredients for structural social change for which we need to seek cooperation of progressive and willing businesses and the awareness and support of consumers.

We are convinced that the only way to effectively address human trafficking and end impunity is to ensure that the human rights of all people are protected, including the rights of (undocumented) migrant workers, domestic workers and sex workers.