Spanish authorities sued after death of a trafficking victim in Spain 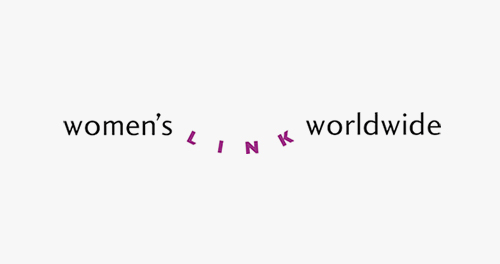 The death of a trafficked person, called Lili, who died in 2019 after suffering years of sexual exploitation and violence by a trafficking network in Spain, has led to legal case against the Spanish authorities. Women’s Link Worldwide, on behalf of Fundació Ámbit Prevenció, GENERA and the Asociación Putes Indignades have sued the administrations, that according to them failed to protect Lili. Lili refused to cooperate and report her traffickers and did apparently not receive assistance, while her situation was known to police forces and the Barcelona Prosecutor’s Office.

Raising awareness about Lili’s death and her lack of support, Women’s Link and the other organisations now call for unconditional access to support to be offered to all trafficking victims in Spain, from the moment when ‘trafficking indications’ arise. Women’s Link has repeatedly denounced that Spain lacks a legal framework that focuses on the protection of the human rights of victims of trafficking and also raised concern that the police in Spain are the only institution that can officially identify a victim of trafficking.

Gema Fernandez, Managing Attorney at Women’s Link Worldwide: “Like in other European countries, the Spanish protection system is focused on the criminal prosecution of trafficking networks over the protection of victims’ rights. This approach is highly inefficient because it is not aligned with victim’s real circumstances and needs. Many fear for their safety or that of their families, and requiring them to file a report puts them at even greater risk. In Lili’s case she refused to cooperate, and persons like her, are often not offered protection because they are of no use to the police in dismantling the networks.”.

Lili’s case is not isolated and – although it is too late for her – Women’s Link would like to use her case to contribute to achieving a change in Spain, that ensures that the protection of victims’ rights is a priority and takes precedence over any other interest, be it police or immigration control.  “Our experience of working in various countries around the world has taught us that victims of trafficking often face obstacles in their identification and subsequent protection. At Women’s Link, we work to ensure that they have access to their rights and that they can recover their life projects together with their families”.

If you want to know more about Women’s Link Worldwide please visit their website.

Practice from LSI members also shows that all over Europe victims of human trafficking have very limited access to protection, support and assistance, if they are unable or unwilling to cooperate with the authorities or if the criminal procedure has not started or is discontinued. Moreover, victims are often still required to give statements to authorities before they are able to recover and make a fully informed decision about doing so. European countries hold different views of who may qualify as a trafficking victim. In some countries, victims are only registered as such if they agree to cooperate with the authorities in the investigation and prosecution of traffickers or if they consider themselves to be victims. If they do not ‘tick all the boxes’ or they are unable to cooperate with the authorities, these persons fall outside the ‘anti-trafficking frame’ and often have no access to their rights. In addition, the absence of adequate assistance and support may prevent trafficked persons from reporting to the authorities and may subject them to further trauma and re-victimisation. At the same time, experience shows that the recognition and protection of the rights of trafficked persons acts as an important incentive to report the crime and give a testimony. The coming years La Strada International will also continue its advocate for unconditional support to trafficked persons.