Seven experts elected for GRETA at the 31st CoP meeting 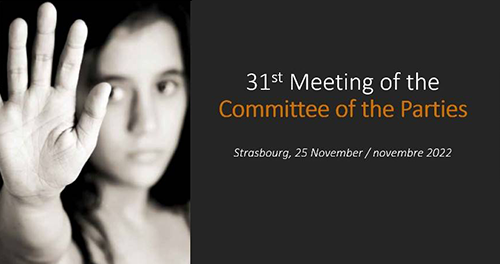 On 25 November, at the 31st meeting of the Committee of the Parties (CoP) to the Council of Europe Convention on Action against Trafficking in Human Beings, seven members of the Group of Experts on Action against Trafficking in Human Beings (GRETA) were elected. LSI observed the elections, where two of the seven elected candidates, Ms Antoaneta Vassileva and MS. Biljana Lubarowska, were strongly supported by La Strada International.

The seven elected experts are:

For the next elections La Strada International calls upon the Parties to the Convention, to elect candidates in particular for their expertise, next to looking into the right gender balance, composition of the group and languages spoken by candidates, as was recommended now by some of the parties representatives. Concerningly we see an increase of vote trading among Parties based on other interests. The question whether a country has already been member of the Expert Group seem not to play any role with the election of new candidates.