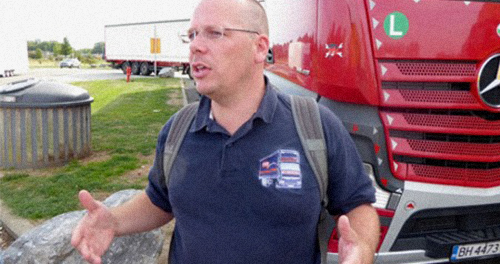 On September 28, 2021, the Netherlands Court of Audits reported that perpetrators of labour exploitation in the Netherlands often go unpunished and victims are rarely provided with properly help and support. The main conclusion of the report ‘Perpetrators free, victims not helped’ is that despite the increase in the number of inspectors, enforcement efforts in the Netherlands remain ineffective. This conclusion confirms what FNV encounters on daily basis.

Compared to the extensive track record of many NGOs from the La Strada International Platform, the Dutch Federation of Trade Unions (FNV) is relatively new in the field of counter-human trafficking for labour exploitation. Several years ago, when the first cases of human trafficking in the agriculture and road transport sectors appeared on the FNV’s radar, the union reached out to LSI’s members; the Dutch NGOs CoMensha and FairWork. In transnational cases, the union teamed up with La Strada International and established relationships with other La Strada members in Europe.

When FNV started to investigate labour exploitation cases, we immediately acknowledged the importance of working with NGOs from the La Strada International network and, in particular, the importance of victim protection. Confronted with cases involving victims in severe exploitive situations, it became clear that the Netherlands is strong in masking the reality on fighting Human Trafficking. Over the years, there have been several multi-stakeholder initiatives and roundtables on the topic. But all this energy did not lead to concrete and tangible improvements to victim protection.

In the international road transport sector, FNV works on cross-border investigations within companies and supply chains. Based on these investigations, FNV can now conclude that many EU countries  (including the Netherlands) still do not fulfill their requirements on enforcing labour rights in the protection of workers.

Together with NGOs, FNV has regularly stressed to the Dutch parliament, enforcement agencies and other relevant stakeholders that victims are not adequately protected in the Netherlands; that the number of cases brought to the prosecution office is diminishing annually, while abuse increases; and that because of this, the Netherlands is becoming a ‘safe haven’ for transport companies exploiting their drivers.

In recent years, the number of conferences, seminars and roundtables on labour exploitation have increased immensely, while the actual enforcement efforts severely lag behind. Truck drivers are actually instructed to spend the night in Dutch parking lots because it is an open secret that rest times and other regulations are not enforced. The situation in the road transport sector is such that the FNV has taken the Dutch Inspectorate to court to demand the enforcement of the law.

The main conclusion of the report ‘Perpetrators free, victims not helped’, published by the Netherlands Court of Audits on labour exploitation in the Netherlands, is that despite the increase in the number of inspectors, enforcement efforts in the Netherlands remain ineffective. This conclusion confirms what FNV encounters on a daily basis. Enforcement fails throughout the process of monitoring, detection and prosecution, to such an extent that there is absolutely no effective and deterrent enforcement. The report’s conclusions included:

FNV acknowledges all the findings in the report. FNV is regularly alarmed by testimonies referring to excessive overtime, severe underpayment, foreign workers’ high dependency on employers or temporary employment agencies, social isolation, random fines or deduction, intimidation, dangerous working places, and unhealthy working environments. Some or all of these elements could be indicators of forced labour. Some of the cases are examples of abuse and should be dealt with through civil or administrative law. But FNV also encounters cases of workers with indications of labour exploitation that should be prosecuted, yet FNV continues to find that enforcement in these cases is lacking. Time and time again, the Dutch authorities have proven to be ineffective in dealing with situations of labour exploitation.

The lack of enforcement is mortifying for victims. But it is also devastating for industry. Labour exploitation often manifests in combination with abuse, illicit enterprises, bogus constructions, and the evasion of tax and social insurance payments. Not only does labour exploitation lead to severe human rights violations, but the infringements of human rights often happens in a context of structurally non-payment of statutory wages, payment of social security and tax payments, to such an extent that it ‘poisons’ the regular business climate by these constructions in risk sectors.

An illustrative example of labour exploitation is in the road transport industry. FNV International Road Transport found a Dutch company had established a sham subsidiary in Bratislava (Slovakia), whose fleet of trucks was moving throughout Western Europe using drivers from Eastern Europe and the Philippines. These drivers were living in terrible conditions and were paid poverty-level wages with very long working hours, and were not allowed to leave their trucks for months at a time. FNV reached out to the workers on trucker parking places, where they would find them cooking their meals outside between their trucks, even in snow and rain. These drivers would be terrified to complain, as the company had issued them a working and residence permit. In short, the drivers could not escape their situation. FNV and a Dutch NGO then asked the drivers to talk to the labour inspectorate in the Netherlands. A few drivers were recognized as victims of trafficking and received a work and residency status in the Netherlands. Not all were so fortunate: another driver in the same situation was deported to the Philippines.

In the Dutch Penal Code, labour exploitation is a subsection of human trafficking (273f of the Criminal Code) and is therefore a criminal offence, when human trafficking can be proven. But just as the Court of Audits and (previously) the Dutch National Rapporteur Human Trafficking observed, the jurisprudence on trafficking for labour exploitation in the Netherlands is scarce, since the cases that are prosecuted are severely lagging behind. That is why FNV – in combination with stakeholders and partners – has in recent years highlighted the inability to address severe forms of labour exploitation within existing criminal legal frameworks. The threshold of the current human trafficking article in the Dutch penal code is too high, which may be intended to have a deterrent effect on perpetrators but in reality has quite the opposite effect. Because of the high threshold, inspectorates and prosecutors are reluctant to bring a case forward, leading to very few cases coming before the court and leaving many perpetrators unpunished.

Apart for the necessity to change the Dutch penal law on labour exploitation, the lack of enforcement of the existing rules is currently the most urgent concern. The fact that the number of investigations decreased from 27% in 2016 to 4% in 2019 and the number of imposed multiple fines from 10 cases in 2017 to 1 case in 2019 confirms what FNV encounters in the field – this is deeply worrying, especially because the Netherlands presents itself, on paper, as meeting all the international standards and acting as a leader in tackling human trafficking. The Court of Audits’ report should be a wake-up call to reduce the number of roundtables, expert panels, and conferences and instead invest more energy, time, resources, and intelligence on enforcing existing laws.

Imke van Gardingen is Policy Advisor Labour Migration for the Dutch trade Union FNV since 2016. She studied labour law  at the Universities of Amsterdam, Leiden and Grotius Academy in Nijmegen and is currently writing a Phd at the VU Amsterdam University on third-country national migration. Contact: imke.vangardingen@fnv.nl

Edwin Atema works for FNV Transport and Logistics, Foundation VNB, He is known for his active, dedicated efforts to get the rights of workers protected, in particular of vulnerable migrant workers that are severely exploited in the transport, logistics and other sectors, via constructions like posting of workers etc. In 2017 Edwin received the National Trade Union Award from the FNV Port Congress for combating abuses in professional goods transport. Contact: edwin.atema@fnv.nl

English summary of the report