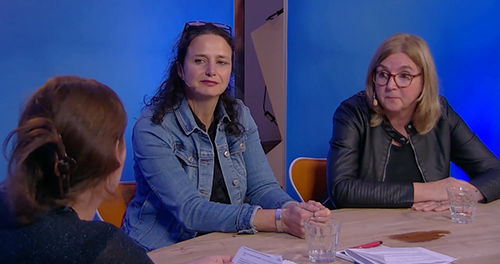 LSI’s member FairWork and the Dutch Red Cross organised an online event on 28 October 2021 (in Dutch) to raise awareness about the high risks of trafficking and exploitation among undocumented workers in the Netherlands. LSI’s International Coordinator contributed to the event, as chair of the panel discussions. In the last panel, Dutch victim lawyer Annet Koopsen and GRETA member Conny Rijken discussed whether the Netherlands does comply with international legislation, related to rights protection for victims of trafficking.

In the Netherlands Dublin claimants are often excluded from being offered the Reflection and Recovery Period. The latter is not in line with international conventions. In recent case law, it is assumed that the Netherlands has not correctly transposed the EU directive for temporary residence for victims of human trafficking by arranging the reflection period in a policy document, namely the Aliens Act Implementation Guidelines and not in a law. In addition, there is a conflict with both the 2011 EU Trafficking Directive and the Council of Europe’s Trafficking Convention, which stipulates that no deportation measures may be taken during the reflection period. A preliminary question has now been submitted to the EU Court of Justice (CJEU) as to whether a Dublin transfer falls under such an expulsion measure.