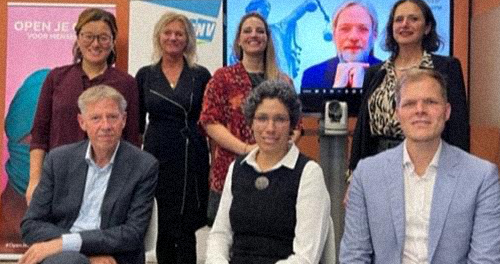 A new critical investigative report ‘Labour exploitation under the microscope – analysis of the explanation of labour exploitation in the Netherlands’ commissioned by the Dutch trade union FNV and LSI’s member CoMensha – the Dutch national coordination center against human trafficking – was presented to the Dutch State Secretary Lisette van de Bie of the Ministry of Justice and Security on 20 October.

An important conclusion of the research is that international legal obligations are not fully complied with in the application of the Dutch THB law. Judges do not always reach a conviction for trafficking for labour exploitation if an employee who is forced into the situation, voluntarily agrees to the working conditions. However, international legal obligations clearly underscore that consent of the employee is irrelevant if force is used by the exploiter or if someone is coerced.

Severe labour exploitation is a form of human trafficking and falls under Article 273f of the Dutch Criminal Code just as  sexual and criminal exploitation, forced organ removal and forced begging. These crimes carry a penalty of 12 years in prison and 30 years if it results in death. However, in  2019, only seven cases of trafficking for labour exploitation were brought to Dutch court. This is striking, because the number of reported victims of these severe forms of labour exploitation actually have increased in the last five years, according to statistics by LSI’s member CoMensha: from 230 to 326.

“In neighbouring countries, severe labour exploitation is more likely to end up in criminal law,” says Eefje de Volder. In Belgium, severe labour law violations are included in criminal law, while in the Netherlands they can also be settled in administrative law and are therefore less likely to go to criminal court.” The researchers also noted that judges rule very differently on comparable cases: the sentences imposed differ enormously. They further saw that a professional ban (prohibiting a person to be active in a particular profession or sector) is almost never imposed on convicted labour exploiters, while this is legally possible. As a result, convicted persons can, for example, simply start an employment agency again.

“In this study, we wanted to clarify how different cases of severe exploitation were dealt with by different judges. This shows that judges have a lot of room for their own interpretation of the law,” explains Eefje de Volder.

Within the current situation, employers who exploit personnel in the workplace have little to fear from under Dutch criminal law. According to the Dutch labour Inspectorate, the current criminal provision article 273f is unsuitable to address labour exploitation. In order to convict an exploiter, the crime must qualify as human trafficking and meet specific elements, such as coercion, poor working conditions and proof of financial advantage. But even severe labour exploitation rarely meets all elements, and it is very difficult in practice to proof coercion and the intention of exploitation before  the judge. As a result, offenders receive lower sentences for other offences or are not prosecuted at all.