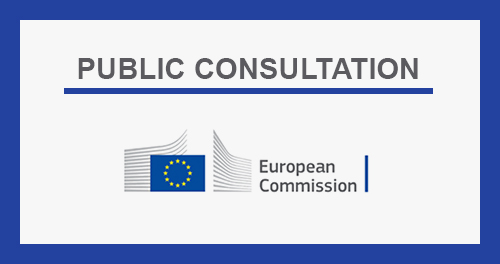 The European Commission has ordered a study to support the evaluation of the Anti-Trafficking Directive and an impact assessment for a legislative proposal on the topic. The EU Anti-Trafficking directive is evaluated on its effectiveness, efficiency, relevance, coherence and its added value.  It is aimed to identify possible gaps and shortcomings of the current framework and to make recommendations to address these gaps and to assess the impact of possible (legal) measures in view of a potential revision of the Anti-Trafficking Directive.

Already three public consultations have now been launched to receive input including from civil society. A first consultation closed on 15 September and focussed in particular on four policy scenario’s related to whether or not the Directive should be revised. The second consultation – see survey here – was supposed to close on 15 December 2021 but has now been extended until 15 January 2022.. This consultation focusses more on the impact of the Directive at national level. On 14 December, the Commission launched a 3rd public consultation which is open until 22 March 2021.

So far La Strada International has mainly been stressing for the need for better implementation of the EU Directive – as gaps in implementation have been strongly acknowledged in earlier evaluation report – and hence the Platform has been sceptic about the need for a revision of the Directive. However as an amendment proposal to the Anti-Trafficking Directive is already part of the package that the Commission should adopt,  it is quite likely that the revision will be proposed.

A risk is foreseen that a potential revision of the Directive will be used by EU MS to renegotiate and limit the scope of its important rights provisions and will reduce Member States’ obligations to protect and guarantee victims’ rights and service provision and or might be used as an excuse to continue not to implement the directive fully. Another concern that LSI has raised, is that the main reason for the proposed legislative action seems to be the wish for mandatory rules on the criminalisation of the use of services, while the positive impact of such legislation is far from clear.

Five years ago, in 2016 the European Commission published a report on the matter, which states that EU MS Member States reported ‘that it is too soon to assess their impact’. At that time 10 EU MS had established as a criminal offence the use of services which are the objects of all forms of exploitation of victims of trafficking in human beings, while fifteen Member States had established only a limited and selective criminalisation for the use of services of victims of trafficking in human beings. The Commission might better consider first looking at the impact of this legislation before trying to impose binding rules on all EU MS.