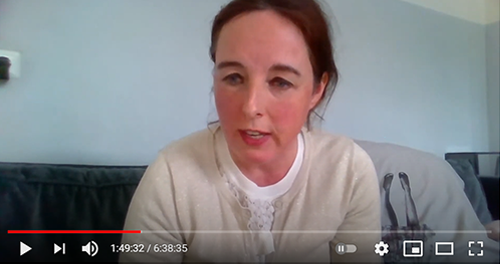 La Strada International’s International Coordinator stated to be happy with the renewed commitment by the Commission and the fact that the Commission acknowledges the gaps in the implementation of the EU Trafficking directive and proposes actions and funding to improve the situation. However LSI also reflected that ‘not all gaps that are identified in the strategy are addressed with concrete actions and it can be questioned if all actions indeed promote the human rights of victims, as is claimed in the strategy. For example there are no  specific actions proposed to ensure more unconditional support for victims, delinked from criminal procedures, ore more access to residence beyond criminal procedures and on personal grounds’.

Earlier La Strada International called for the new EU Strategy to equally prioritize all forms of human trafficking, as for many years there was a dominant focus by the European Commission and Member States on addressing trafficking for sexual exploitation. While this new strategy positively addresses trafficking for labour exploitation, including vulnerable sectors and the need to create safe environments for victims to report their crimes; the strategy does according LSI, not really reflect, neither proposes concrete actions to address trafficking for forced criminality, forced begging or trafficking for organs, even though there is very little expertise and information about particular these forms in Europe.  Further – as could be expected – addressing Demand and the call for the criminalisation of the ‘knowingly use of exploited services and products from victims’ – is strongly reflected in the Strategy, which is an issue of concern. The use of the term demand often leads to conflation between trafficking and prostitution and in practice it often means criminalising sex work or clients of sex workers, leading often to increases of violence and other human rights violations of sex workers. Mainly for the purpose of further promotion of the criminalising the use of exploited services from victims, the Commission announces in the Strategy, to want to evaluate and possibly modify provisions of the EU Trafficking Directive.

La Strada International is not in favour of such a revision, as the Platform believes that it is rather time for correct implementation of the EU directive and is concerned that a revision might take away the attention for adequate implementation by Member States. As Suzanne Hoff stated “We believe it is already very well known what the gaps at EU level are, due to the regular reporting and the earlier external evaluation commissioned by the EU Parliament and the FEMM and LIBE Committee report, which are all very clear about the obstacles, including the fact that victims remain undetected, that the prosecution and conviction rates of perpetrators remain low and that there are gaps in the adequate protection and support to victims.

What is positive, is that the strategy refers in relation to demand also to binding due diligence legislation and makes very clear that the Commission and EU Member States themselves should be transparent about government’ procurement policies and critically assess own supply chains and services to ensure these are free of forced and exploitative labour. Also awareness raising campaign are planed for the general public and victims. Regrettably the Strategy does not reflect on addressing the malpractices of recruitment agencies, or letter box companies, neither refers to the need for structural information provision to victims and risks groups by labour inspectorates, law enforcement and others.

The Strategy strongly calls for improving data recording, reporting and sharing across EU MS to obtain more reliable and comparable information on traffickers and their practises and victims. La Strada International generally supports data sharing as long as the privacy and protection of victims is guaranteed and when it also aims to reduce the reliance on victims testimonies and improve the access to rights of victims. LSI members face difficulties in practice due to the GDPR and the lack of uniform registration in EU countries. The Platform also calls for data collection and sharing to be more used for monitoring the impact on victim rights and for more safeguards in relation to possible harms of data sharing; including data on support offered to victims, Dublin returns, compensation granted etc. La Strada International also hopes that the data collected will be further used to monitor compliance by states and also monitors the impact of the new EU strategy.

See also the reaction of the European Trade Union Confederation (ETUC) on the new EU Strategy to combat human trafficking.