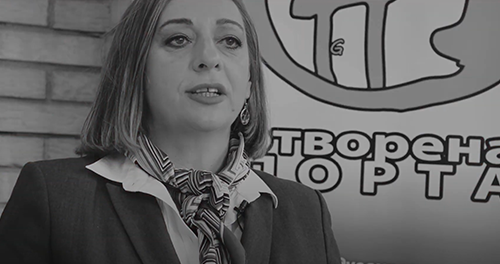 In North Macedonia, the Parliament of North Macedonia adopted the Law on State Compensation for Victims of Violent Crimes (the Law). Already back in 2016, Open Gate/ La Strada North Macedonia conducted a feasibility study on the costs of the state fund after which a multidisciplinary task group with representatives from several institutions and members of Open Gate drafted the law.

In North Macedonia, the law on monetary compensation for victims of violent crimes has been finally adopted. Already back in 2016, Open Gate/ La Strada North Macedonia conducted a feasibility study on the costs of the state fund, next to other analyses and comparative studies. A multidisciplinary working (task) group with representatives from several institutions and members of Open Gate then drafted the law, which advocated for access to justice for trafficked persons and the possibility of exercising the right to compensation.

The law enables adult and child victims of serious crimes, e.g., of trafficking, domestic violence, gender-based and sexual violence, to be compensated by the state scheme, based on solidarity, provided that the crime is reported to the police or public prosecution. The maximum amount of the compensation has been set to 5,000 euro. Victims under this Law have the right to be fully informed of their rights and procedure on obtaining compensation, to receive information in a language they understand, to enjoy protection of personal data and to appeal the decision on compensation. The law should enter into force by the end of 2022. See this video explaining more why this new law is so important.

From our experience, victims of trafficking are exposed to a range of physical, mental, economic and often sexual abuse. The exploitation they have suffered can lead to physical suffering and health problems, emotional trauma and loss of livelihoods. Enabling and easing access to compensation helps victims to recover as well as appropriately punishing and deterring human traffickers.

Since 2018 La Strada International and its members have been advocating for more access to compensation for victims of human trafficking. This advocacy has been based on project research, among others conducted in the project Justice at Last and experience of LSI members to support victims in claiming compensation, which is still not an easy endeavour. Although trafficked persons have an established right to compensation and various compensation mechanisms are in existence, the actual receipt of a compensation payment by a trafficked person is extremely rare.