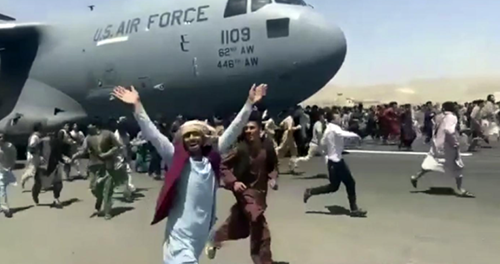 On 10th of September, 54 organisations including La Strada International, wrote a letter to urge UN Member States to ensure the adoption of a robust resolution on Afghanistan. They called upon UN MS to establish a Fact-Finding Mission or similar independent investigative mechanism on Afghanistan, as a matter of priority at the 48th regular session of the UN Human Rights Council (HRC), which is currently ongoing.

The organisations expressed their regret at the failure of the recent HRC special session on Afghanistan, to deliver a credible response to the escalating human rights crisis gripping the country. An independent investigative mechanism is crucial to ensure UN member states are fully informed of the situation on the ground as they take important decisions on how to respond to the crisis, how to help protect the rights and lives of the people of Afghanistan and to address the accountability gap that fuels grave violations and abuses across the country, and to complement and support international and national work on accountability for crimes under international law.

Earlier this year, the Afghanistan government adopted a new National Action Plan on human trafficking and migrant smuggling for the next three years. However with the current political changes and the military takeover by the Taliban regime, human rights violations are expected to further increase in the country, with more persons seeking ways to leave the country. For years, Afghanistan has been a hotspot for human trafficking and smuggling of persons.