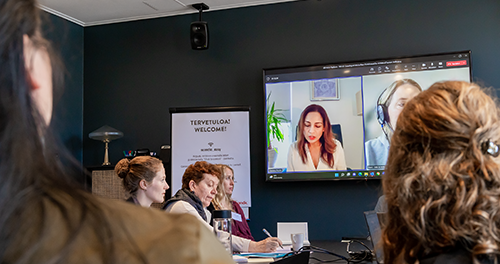 Next to plenary sessions on strategic LSI actions, European advocacy and legal developments, 9 workshop sessions were organised, as well as a public seminar and meetings with several relevant Finish anti-trafficking stakeholders.

The workshops focussed on various themes including access to residence on personal grounds, non-punishment, data collection; NGO involvement in the identification of trafficked persons; the impact of criminalisation of the knowingly use of trafficked persons; labour migration schemes; strengthening migrant and trafficked women’s rights to inclusive re/integration and Hidden at Work, a project aimed to identify labour and sexual exploitation and harassment of women in the (private) work sphere.

At the meeting – including during one workshop – LSI members also discussed challenges of civil society at national level, including the shrinking space in Europe, but also the war in Ukraine and the difficult political situation in Belarus and several other countries which negatively impacts the work of LSI members. At the meeting LSI board elections were held and Evelyn Probst (Austria), Eefje de Volder (Netherlands) were re-elected. Mona Chamass, Director of CCEM in France was elected for the first time.