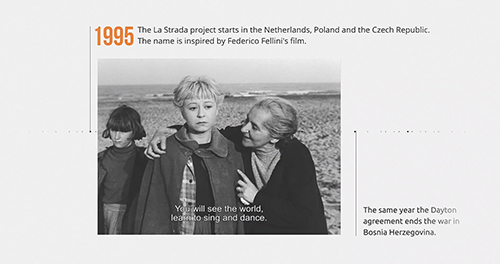 On 15th September, LSI concluded its 25th anniversary year. For this occassion, the Platform released a time line video that shows its journey, from when it was launched as a small La Strada project establised in three countries in 1995 to now, being a European Platform with 25 members and 5 associate members in 24 European countries.

Next to highlighting the expansion of the network and the actions undertaken by LSI members, the timeline video also refers to major external developments in the field, including the development and adoption of important international legilsation and strategies, like the UN Palermo Protocol in 2000 and the Council of Europe Convention in 2005, as well as the establishment of relevant bodies.

The video shows that over the last 25 years, La Strada International’s members have helped to raise awareness, build capacity of stakeholders, improve legislation and have monitored its implementation on the ground. Jointly they have assisted thousands of trafficked persons and undocumented workers that faced exploitation and abuse via helpline and support programmes.