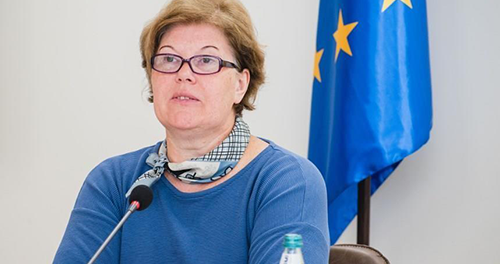 Dr. Kateryna Levchenko has unfortunately not been elected as member of the Committee of Elimination of Discrimination against Women (CEDAW) this month. La Strada International strongly supported her CEDAW candidacy, after she was nominated by the Ukrainian government earlier this year.

For many years, Ms. Kateryna Levchenko has been dedicated to raise awareness and obtain political attention and governmental commitment for the crimes of trafficking of persons, sexual violence and exploitation of children and gender based violence, both within Ukraine and at a broader European and global level. As founder and President of La Strada Ukraine, as well as twice serving as board member of La Strada International, she has been advocating for more accountability by governments and legislative and policy change to ensure access to justice for trafficked persons and others whose rights have been violated.

La Strada International sincerely regrets that Kateryna Levchenko did not receive the support she deserved from governments; she lacked sufficient votes to be elected on 23 June.  According to us, this is a missed opportunity, as she was clearly an excellent candidate, CEDAW could wish for!