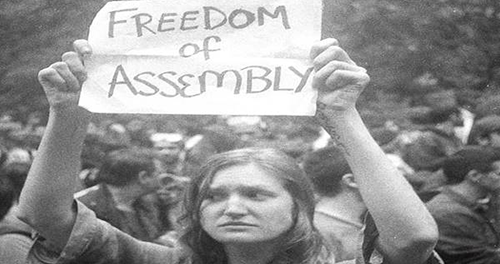 On June 10th, the Cyprus Administrative Court rejected KISA’s recourse against the decision of the General Registrar to deregister KISA from the Register of Associations. Together with PICUM and others, La Strada International has been calling upon the Cypriot authorities and the EU – and other international governmental bodies – to take action and  to condemn the ongoing judicial harassment against KISA and to request the Cypriot authorities to respect and uphold the European Union Charter of Fundamental Rights, the rule of law principles, and the right to freedom of association.

Contrary to the decision of the Administrative Court, European agencies and bodies, such as the European Commissioner for Human Rights of the Council of Europe and five OHCHR Special Rapporteurs of the UN expressed their concerns about the deteriorating operational environment for NGOs in Cyprus as and about the deregistration of KISA and many other NGOs from the Register of Associations. They also consider the deregistration as an extreme and disproportionate measure, which  should «never be used to address minor infractions».

With this disappointing decision, the AC supports the Ministry of Interior to proceed to concluding the dissolution of KISA, a process that had already started unlawfully without the required by law court decision when, in February 2021, the Minister of Interior issued an order to the banks to freeze KISA’s accounts, as well as of other deregistered associations, with all the consequences this entails. Earlier, in December 2020, the Cypriot Minister of Interior abruptly removed KISA, and many other civil society organisations, from the Register of Associations, after earlier attempts to harass the organisation and its employees.

Declaring once again its determination to continue its work and its adherence to its mission and objectives for equality and diversity, the struggle against discrimination and racism, the safeguarding and promotion of human rights and the rule of law for all people, KISA has already filed an appeal before the Supreme Court and will submit a request for an accelerated procedure. Under these circumstances and in order to exclude any possibility of suspending KISA’s operation and action, KISA has proceeded to registering the organisation under the legal personality of Non-Profit Company, with exactly the same name and same objectives. This legal status provides the only option for KISA to continue its work and action until the reinstatement of its registration in the Register of Associations.

KISA is a close partner of La Strada International and member of PICUM and has provided support to many persons in situations of vulnerability, including trafficked persons. The role of civil society in addressing social and human rights issues is strongly acknowledged by relevant international governmental organisations and regulated by both international and national law. This also goes for NGOs working on migrant rights, refugee and victims’ rights, including trafficking in human beings; exploitation and abuse. Building on the UN Declaration on Human Rights De-fenders and the OSCE Guidelines on the Protection of  Human  Rights  Defenders,  governments  have  a  key role in promoting a conducive environment for civil society in national legislation, policies and practice, removing restrictions and taking measures to prevent attempts to hinder the work of human rights defenders.

Together with KISA and PICUM and others, La Strada International hopes that International Governments use their power to request the Cypriot government to respect civil society. It is hoped that the European Commission, responsible for monitoring Cyprus for the UN Review Mechanism will raise the issue strongly with the Cyprus government.