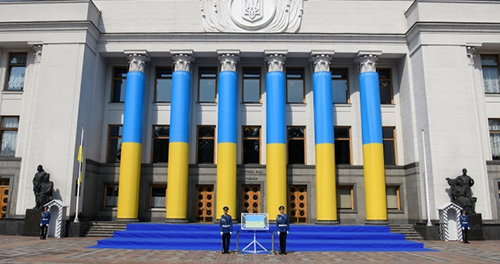 ITUC and ETUC have jointly written an open letter to Ukrainian politicians to raise concerns about ongoing regressive labour reforms in the country. Several organizations including the ILO affirmed that a number of draft laws discussed by the Parliament are incompatible with international and regional labour standards.

In particular, draft laws 5388 and 5371 contain numerous violations, including the exclusion of working people in medium and small enterprises from the protection of the general labour law; a lack of safeguards to ensure work contracts comply with minimum labour standards; the ability of employers to abuse the system and use successive fixed-term contracts; and a lack compatibility with requirements to guarantee working time, rest periods, minimum daily rest, overtime and leave.

This confirms the political trend of the Ukrainian Government, that recently adopted a law establishing a special category of “gig-specialists” and special “gig-contracts” that create the conditions for exploitation. The changes deprive IT workers of pay guarantees, rights to holiday, regulated working hours, safe working conditions, protection against unlawful dismissal, and the rights to join a trade union, strike and conclude collective agreements.