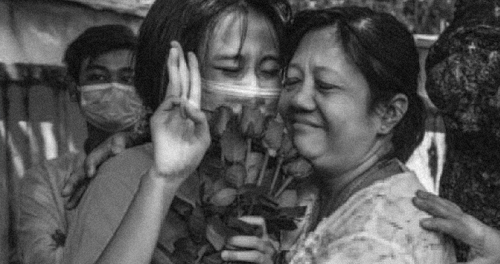 In January, Human Rights Watch (HRW) published its Annual HRW World Report which reviews human rights trends developments around the globe, in more than 100 countries. For Europe the report includes sections on Poland, Hungary, Spain, France, Germany, Greece and Italy and on non-EU countries Armenia, Azerbaijan, Belarus, Bosnia Herzegovina, Georgia, Kazachstan, Kyrgyzstan, Kosovo, Serbia and Russia. In addition there is a section on the European Union.

Country by country, the World Report delivers some of the most important human rights updates of the last year. HRW generally challenges the common view that democracy around the world is on the decline, noting how autocratic leaders faced significant backlash in 2021.

For Europe the report does not provide any reflection on human trafficking or forced labour trends, but provides reflections on concerning political situations, violation of migrants rights and the need to address violence and harassment and promote human rights. For example the report describes the cracking down of peaceful protest and the closing down of NGOs in Belarus, in the months following peaceful protests after the 2020 presidential election in the country. By mid-November 2021, authorities had initiated the process of closing 278 human rights groups and organizations, including LSI’s member Gender Perspectives.

While HRW states that the European Union and most member states continue to ‘espouse a commitment to human rights and democratic values’, it also states that in practice, policies and actions of the Union and Member States often fall short, referring to the ’response to the crisis in Afghanistan, the humanitarian emergency at the Poland-Belarus border, and pushbacks at that and other external EU borders which exemplified a focus on sealing borders and externalizing responsibility for refugees, migrants, and asylum seekers at the expense of human rights’.

HRW refers to UNHCR which has stated that over 103,889 people arrived irregularly at the EU’s southern borders by mid-November 2021, most by sea, while at least 1,319 died or went missing in the Mediterranean Sea, almost as many (1,401) as in all of 2020. HRW also refers to figures by IOM which  estimates that ‘1,563 people died at the Mediterranean, and recorded 785 dead or disappeared in the Atlantic Ocean on their way to Spain’s Canary Islands in the first eight months of 2021’.  HRW further critically notes ‘slow progress’ by the EU on implementing its 2020 Pact on Migration and Asylum ‘to create more safe and legal migration pathways and towards more equitable sharing of responsibility for asylum seekers’. In the UK section, the report raises critics about the UK Nationality and Borders Bill that is currently being discussed, which would ‘undermine international refugee and human rights obligations, including further criminalizing people seeking asylum’.

Generally HRW reports that violence and harassment on the grounds of gender and sex, including for LGBTI people, remained widespread in Europe (both in EU and non-EU countries), also referring to the fact that six EU member states and the EU have yet to ratify the CoE Istanbul Convention on combatting and preventing violence against women and the fact that ‘some member states were actively opposing ratification or threatening to withdraw from the convention’.

The report further highlights how the COVID -19 pandemic ‘exacerbated deep inequality and poverty in the European Union, despite some state measures to mitigate it’. According HRW, ‘official estimates suggested that 91.4 million people across the EU of whom 17.9 million were children, are currently at risk of poverty or social exclusion with inequality levels static or worsening since the 2008-9 financial crisis’. The report also highlights its impact in non-EU countries, e.g.’ in Ukraine the COVID-19 pandemic-related travel restrictions, introduced by Russia-backed armed groups and the government, blocked access to health care and pensions and worsened hardships for the already impoverished population of the conflict-affected Donbas’. See the full HRW report.