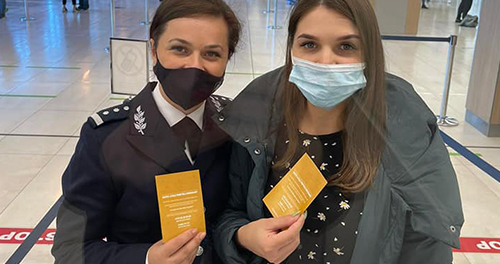 The COVID-19 pandemic accentuated the economic problems and shortcomings of the citizens of the Republic of Moldova. That is why, even during travel restrictions, with closed borders, many Moldovans looked for opportunities, often illegal or semi-legal, to go abroad to work, according La Strada Moldova. When restrictions on the international movement of citizens were lifted, Moldovans who used to live on contracts (or verbal conventions) for seasonal work in EU countries have become even more vulnerable.

The data collected via the Hotline for Safe Migration and Anti-Trafficking 0 800 77777 shows that, in the first half of 2021, the interest of the citizens of the Republic of Moldova to find employment abroad increased. Calls for employment abroad accounted for 55% of all prevention calls. A large part of these calls were aimed at offers that involved increased risks consciously accepted by citizens (the lack of an employment contract being one of the most common reported).

Taking into account the post-pandemic reality, the La Strada Moldova team continues to raise awareness, recalling the main rules and recommendations on employment abroad in legal and safe conditions. Tens of thousands of information materials have been distributed abroad, with the support and involvement of Border Police employees.