GRETA report on Belarus refers to systematic clampdown on CSOs 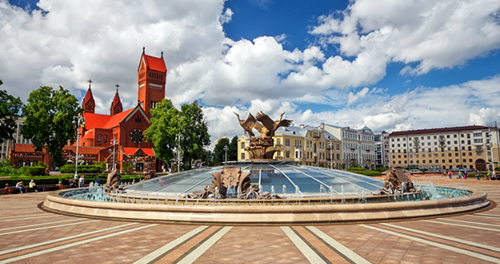 This month, GRETA – the Group of Experts on Action against Trafficking in Human Beings – published its second evaluation report on the implementation of the Council of Europe Anti-trafficking Convention by Belarus. While GRETA noted progress in the implementation of the Convention related to improvement of  national anti-trafficking  legislation and the identification of victims, GRETA raised concern about ‘the widespread and systematic clampdown on civil society organisations in Belarus’, which ‘creates a significant risk that violations of human rights concerning victims of trafficking will not be recognised as such’.

Since the elections of August 2021, many civil society organisations have faced accusations and criminal cases against staff members resulting in the dissolving of organisations, including the two organisations that were member of La Strada International. During the visit to Belarus in September 2021, GRETA was unable to hold meetings with most of the NGOs involved in action against human trafficking, as they had been dissolved or their representatives had fled abroad for fear of persecution.

While Belarus is not a member of the Council of Europe as ‘it does not comply with the CoE’s human rights and democratic standards’, the country became party to the Trafficking Convention and is therefore assessed regularly for its progress made.

See here the article on the Council of Europe website https://www.coe.int/en/web/anti-human-trafficking/-/greta-publishes-its-third-report-on-belgium