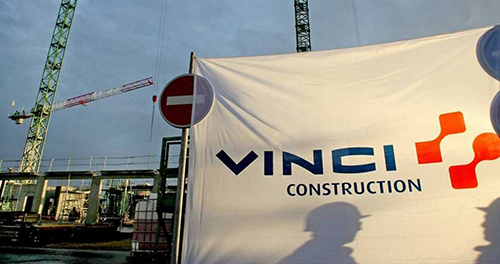 Just before the 2022 World Cup kicked off, French construction giant Vinci Construction Grands Projets has been indicted, in relation to its construction sites in Qatar, for forced labour, reduction to servitude, working and housing conditions incompatible with human dignity, and the obtention of services in exchange for remuneration that is clearly unrelated to the importance of the work performed. The French NGO Sherpa filed several complaints since 2015 and was joined in 2018 by LSI’s member Committee against modern slavery (CCEM) and several former workers. The complainants welcome this strong signal sent to multinationals.

The French company Vinci, who claims to ‘exemplify inclusion and solidarity and to forge a more sustainable world’, has won major infrastructure modernization contracts related with the 2022 World Cup in Qatar. It has employed many migrants through its Qatari subsidiary Qatari Diar Vinci Construction (QDVC) and its subcontracting companies..

By going to Qatar in 2014, Sherpa was able to collect testimonies on the working conditions of the time on certain construction sites operated by the Qatari subsidiary of Vinci, among which the continuation of work under a heat of more than 45° with insufficient water or shade, retention of passports, the need to pay large sums to recruitment agencies, fainting, insufficient access to showers in accommodation, etc. Given these elements, and in order for an investigation to be carried out and for these facts to be criminally sanctioned if they were confirmed, Sherpa filed several complaints, including a first in 2015, then was joined in 2018 by LSI’s member Committee against modern slavery (CCEM) and several former workers.

Following the filing of Sherpa’s initial complaint, Vinci initiated proceedings for defamation and breach of the presumption of innocence, seeking compensation in the amount of several hundred thousand euros against Sherpa, its president at the time and several of his employees. Many actors have denounced this reaction of Vinci, calling it a “SLAPP”. The company has since reduced the amount of its compensation claims to a symbolic euro. Sherpa won the case at the end of the procedure for breach of the presumption of innocence. You can support Sherpa here.

Also other research shows that construction companies building stadiums in Qatar for FIFA’s World Cup actively evaded labour inspections while subjecting migrant workers to serious human rights violations. According to an investigative report by labour rights group Equine, these abuses included  workplace violence, health and safety risks, overwork and unpaid wages occurred despite labour reforms by the Qatari Government and some measures by FIFA and its partners to protect migrant workers. Many of the abusive practices are forced labour indicators as defined by the International Labour Organization.