France will ratify ILO convention on violence and harassment at work 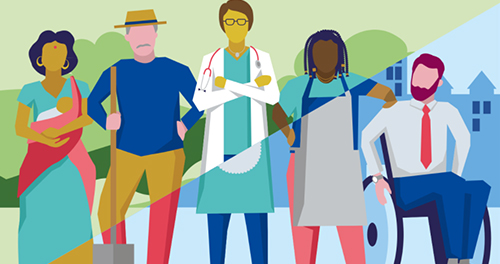 The French Parliament has adopted the bill to ratify ILO Convention No.190 on violence and harassment in the workplace. (Violence and Harassment Convention). The draft law includes a single article ratifying the ILO text against violence and harassment at work. With this adoption, France will become the 11th country (and third European country) to incorporate the international standard into national law after Greece, Italy, Mauritius, Ecuador, Namibia, Fiji, Somalia, South – Africa, Uruguay, and Argentina.

The ratification of ILO Convention should enable enhanced protection for professions that are particularly exposed to violence and harassment and for people who are victims of domestic violence. Together with Recommendation No. 206 , Convention No. 190 recognizes the right of everyone to a world of work free from violence and harassment, and provides a common framework for action. It should lead to better recognition of discrimination in the workplace.

Violence and harassment at work takes a range of forms and leads to physical, psychological, sexual and economic harm. Since the Convention was adopted the COVID-19 pandemic  has highlighted the issue further, with many forms of work-related violence and harassment being reported across countries since the outbreak began, particularly against women and vulnerable groups.

To prevent this, last year in June, the ILO launched a global campaign to promote the ratification and implementation of the Convention. The global campaign reaches out to governments, employers’ and workers’ organizations, civil society and private sector companies, as well as policy makers, businesses and partners. It is possible to support the campaign by downloading assets from the ILO campaign hub and sharing them on social media. See also the guide published by the ILO on the Convention.

It is hoped that France will play a “leading role” during the current French presidency of the European Union and encourage also other European countries to ratify the ILO C190 Convention, as well as other relevant international treaties.