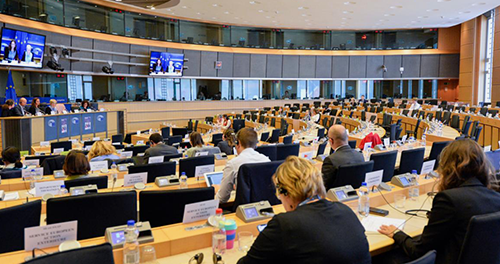 The Women’s Rights (FEMM) and Civil Rights (LIBE) Committee have been drafting a joint implementation report (2020/2029(INI)) on Directive 2011/36/EU on preventing and combating trafficking in human beings and protecting its victims. The draft report on the implementation of Directive 2011/36/EU and the related motion will be voted upon in January 2021. LSI and other civil society actors sent in feedback and comments to MEPs. La Strada International raised in particular concerns about the narrow focus on trafficking for sexual exploitation, both in relation to addressing root causes and in addressing demand and highlighted the need for the EU to effectively address all root causes and all forms of human trafficking.

Any gender dimension focus should clearly take into account the fact that also men are trafficked for sexual exploitation and that men, women and children can all be trafficked for different forms of human trafficking. This seems often overlooked; in the last two decades the EC has been mainly prioritising the prevention of sexual exploitation, while using the trafficking debate to promote criminalisation of prostitution. It is time that the European Commission and Parliament take efforts to seriously address all forms, in line with the current EU Directive, which has a broader scope. Rather than a revision of the EU Directive, La Strada International sees an urgent need for its correct  implementation. Whether the implementation report and suggested motion by the FEMM and LIBE Committees will effectively contribute to this, is still to be seen.