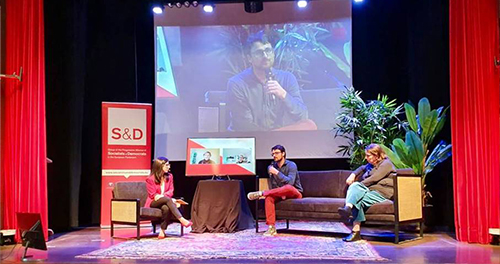 A new draft European Union law should ensure a minimum level of wage protection in all EU member states, in order to guarantee decent living standards for workers and their families. In a vote on Thursday 11 November, MEPs on the Employment and Social Affairs Committee backed laying down minimum requirements to protect wages across the EU, either by establishing a statutory wage (the lowest wage permitted by law), or by allowing workers to negotiate their wages with their employers. The new legislation should apply to all workers in the EU who have an employment contract or employment relationship.

According to the draft law, EU member states have to assess and report on whether statutory minimum wages are sufficient by using criteria to put in place decent working and living conditions and include elements such as purchasing power and the poverty rate. Member states in which the minimum wage is protected exclusively via collective agreements will not be obliged to introduce statutory wages or to make these agreements universally applicable. The draft-negotiating mandate was adopted with 37 votes to 10, with 7 abstentions. It should be endorsed by plenary (during the 22-25 November session in Strasbourg) before negotiations with the Council on the final form of the legislation can begin.

On 16 November, an event was organised, among others by Dutch MEP Agnes Jongerius, Co-rapporteur on the Directive on Adequate Minimum Wages in the EU. The event brought together trade union representatives, leading academics and policy makers to discuss the increasing inequality, minimum wages and the benefits of raising them.

The draft directive explicitly aims to strengthen and extend the coverage of collective bargaining and protect workers by providing them with a minimum wage via these negotiations. Member states in which collective bargaining is available to less than 80% of the workforce, should take active steps to promote this tool. To design the best strategy for this purpose, they should consult social partners and inform the European Commission of the adopted measures. Moreover, it will be explicitly forbidden to undermine collective bargaining or collective agreements on wage setting. Workers must be able to join a trade union and cannot be obstructed from doing so.

National authorities should ensure that workers have a right to redress, if their rights are infringed. Workers must be adequately compensated and be able to recover any remuneration due. National authorities must also take the necessary measures to protect workers and trade union representatives from being treated unfairly by their employer because of a complaint that they have lodged or any other proceeding initiated to enforce their rights.

In the EU, 21 out of 27 countries have a statutory minimum wage, while in the other six (Austria, Cyprus, Denmark, Finland, Italy and Sweden) wage levels are determined through collective bargaining. Expressed in euro, monthly minimum wages vary widely across the EU, ranging from €332 in Bulgaria to €2 202 in Luxembourg (2021 data from Eurostat).