European Court of Human Rights will examine a complaint against France 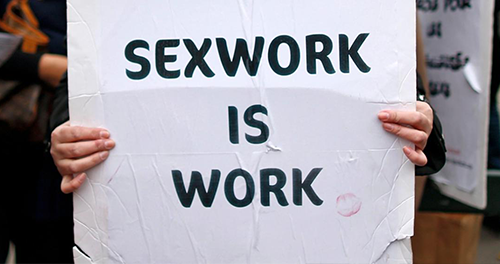 In a decision released on April 12, the European Court of Human Rights said it would consider the complaints from 261 sex workers.  Following the decision of February 1, 2019 of the (French) Constitutional Council to validate the criminalization of clients of sex workers, provided for in the French Prostitution law of 2016, 261 sex workers practicing in France decided to appeal to the European Court of Human Rights. They want the law to be recognized for infringing their fundamental rights: the right to health and safety and the right to respect for private life. The sex workers are supported by 19 community, health and feminist organizations that defend the health and rights of all those involved in the sex trade.

The ECtHR now considers that the arguments developed by the applicants were sufficiently serious to merit an adversarial debate with the Government, which is strongly welcomed by the sex workers that submitted the complaint.

For years, sex workers have been warning about the dramatic consequences of penalizing clients and repressive policies against them. The diverse group, regardless of the degree of autonomy in their activity, whether they see sex work as their job or whether they would like to leave the sector, and or whether they are victims of exploitation or abuse or forced labour, they all denounced that the French legislation makes them more precarious, weakens them and exposes them to violence and high risks to their health.