Legal Action Against Hungary and Poland for anti-LGBTIQ laws 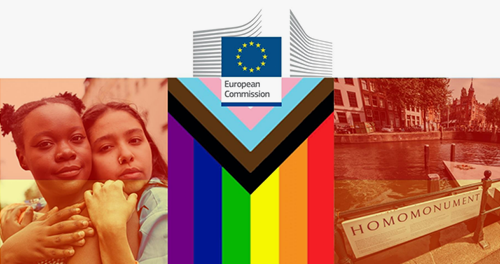 After months of debate, the European Union finally decided to take action against Hungary and Poland for their anti-LGBTIQ laws. The European Commission is launching infringement procedures related to the equality and the violation of fundamental rights, such as freedom of expression and information, right to privacy, human dignity and non-discrimination.

Hungarian president Orban’s law has been at the core of public criticism over the past months. The law introduced several restrictive and discriminatory measures against sexual minorities, including prohibiting or limiting access to content that propagates or portrays the so-called ‘divergence from self-identity corresponding to sex at birth, sex change or homosexuality’ for individuals under 18. Another measure adopted in January in the country obliges the publisher of a book for children presenting LGBTIQ people to include a disclaimer that the book depicts forms of ‘behaviour deviating from traditional gender roles’.

Although the Hungarian Government explained that the purpose of these regulations is to protect minors, the EU Commission found that the above mentioned reforms have been adopted in violation of EU law and that such restrictions are not duly justified.

As for Poland, that country started to create “LGBT-idelogy free zones” in 2019. The Commission asked the Polish Government to cooperate in order to assess its compatibility with the EU law, but Polish authorities manifestly omitted to answer most of the questions.

The two Governments have now two months to reply to the arguments put forward by the Commission, which is also considering to lodge a complaint in front of the Court of Justice of the European Union.

As discrimination against LGBTIQ people persists throughout the EU, the EU made several efforts to better protect LGBTIQ people’s rights. On 12 November last year, the Commission presented the first-ever EU Strategy for lesbian, gay, bisexual, trans, non-binary, intersex and queer (LGBTIQ) equality, as announced by President von der Leyen in her 2020 State of the Union Address. The Strategy sets out a series of targeted actions around four main pillars, focused on: tackling discrimination; ensuring safety; building inclusive societies; and leading the call for LGBTIQ equality around the world.

Criticism over Hungary and Poland has not ceased growing for the anti-democratic developments of their governments. The authorities continued to erode the independence of the judiciary. COVID-19 measures served as a pretext to crackdown on peaceful protesters and to restrict access to asylum.  GRETA showed its concerns for the introduction of transit zones and restrictive measures concerning immigration and asylum in Hungary. Human Rights organisations including anti-trafficking NGOs in Poland and Hungary have also raised concern about  lack of sufficient attention to address human traffikcing and harrassment and restrictions of civil society organisations in general.