EU calls upon Serbia to investigate allegations of exploitation 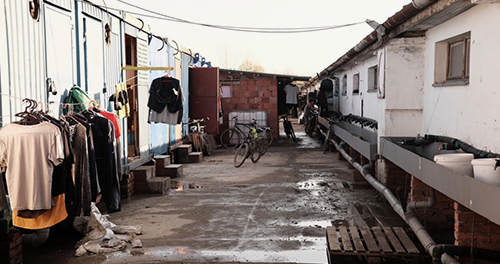 On 16 December, the European Parliament adopted a resolution voicing its concern over allegations of forced labour of around 500 Vietnamese people, who were recruited to work for the Chinese-owned Linglong Tire factory construction site in Serbia. The resolution was adopted with 586 votes in favour, 53 against and 44 abstentions.

The adopted resolution “Urges the Serbian authorities to investigate the case carefully and ensure respect for fundamental human rights in the factory, especially labour rights; to provide the EU with the conclusions of its investigations and to hold the perpetrators to account. It also calls on the Serbian authorities to allow free, meaningful and unhindered access to the Linglong Tire factory in Zrenjanin and the lodging facilities of the Vietnamese workers for NGOs, CSOs, EU officials and officials from other international organisations. Further it urges the Delegation of the European Union to the Republic of Serbia to closely follow up on these processes and the fate of the 500 Vietnamese workers.

MEPs also called on Serbia as an EU candidate country to “improve alignment with EU labour law and to comply with the relevant International Labour Organization conventions it has ratified”.
As from mid-November, our member ASTRA – Anti Trafficking Action and the NGO A11 have been addressing relevant Serbian governmental actors to take action related to exploitation of the group of Vietnamese workers. They also raised awareness among international governmental institutions, including the Council of Europe, OSCE and EU.

Both organisations found out that approximately 500 Vietnamese workers live and work on the construction site of the Chinese company Linglong International Europe in Zrenjanin, Serbia, which they visited on 14th of November 2021. They detected that workers are living in inhumane conditions; being forced to work 26 days a month, 9 hours a day without protection equipment or compliance with work safety rules. See the earlier article on the case at LSI’s website.

It is hoped that the resolution will ensure that Serbia investigates the cases and provides the workers with access to justice. ASTRA will continue to follow the case, considering further legal actions.