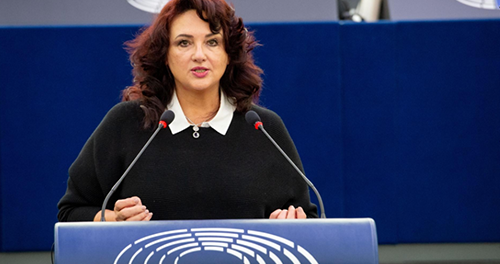 On 16th of September,  Members of the European Parliament adopted by 427 votes in favour, 119 against, and 140 abstentions a legislative initiative, based on a proposed resolution and report by the FEMM and LIBE committees. This initiative demands targeted legislation and policies to address all forms of violence and discrimination based on gender (against women and girls, but also against LGBTIQ+ persons), whether offline or online.

They call on the Commission to list gender-based violence as a new area of crime under Article 83(1) TFEU, alongside other crimes that need to be combatted on a common basis, such as human, drug, and arms trafficking, computer crime and terrorism. This would serve as a legal basis for a victim-centred EU Directive using the standards of the Istanbul Convention and other international standards, and should notably include:

According to the report on which the resolution is based, one third of women in the EU have experienced physical and/or sexual violence. Around 50 women lose their lives to domestic violence every week, and 75% of women within a professional setting have experienced sexual harassment.

Equality Commissioner Helena Dalli reacted by stating that the proposal consists of two initiatives. Firstly, a “broad directive on gender-based violence and domestic violence with a focus on prevention, protection, support and access to justice”. And secondly, an attempt to “trigger a Council decision to include hate crime and hate speech” into the Article 83(1) list.With this package, Dalli said, the Commission would, “to a large extent”, achieve the objectives pursued by the EU Parliament.