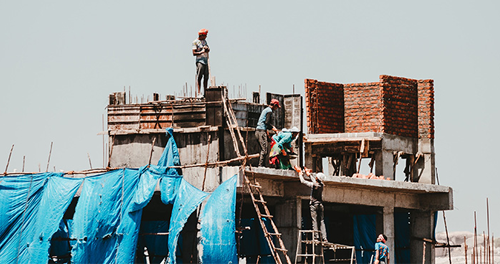 Yesterday, October 7, the European Court of Human Rights issued a long-awaited verdict in the case of Zoletic and Others v. Azerbaijan – 20116/12, in favour of 33 citizens of Bosnia and Herzegovina, who were recruited in 2009 and taken to Azerbaijan where they were forced to work.  The court ruled that the respondent State failed to comply with its procedural obligation to institute and conduct an effective investigation of the applicants’ claims concerning the alleged forced labour and human trafficking.

The state of Azerbaijan was aware that workers are potential victims of human trafficking and forced labour. This information was made available to government officials and authorities based on several reports: (1) ASTRA report (a report based on the testimony of injured workers compiled by ASTRA in cooperation with partner organizations from BiH and Croatia), (2) the 2011 report of the European Commission against Racism and Intolerance ECRI, and (3) the report of the Council of Europe Group of Experts on Trafficking in Human Beings GRETA from 2014.

In addition, all injured workers were awarded compensation for non-pecuniary damage of 5,000 euros, which should be paid to them by the state of Azerbaijan.

La Strada International is very pleased that our member ASTRA has contributed to this piece of justice that the victims of the SerBAz case deserve. You can find more about the verdict and the SerBaz case (with a few useful links) HERE!