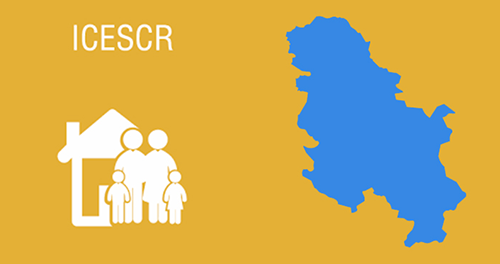 In its concluding observations of Serbia’s third periodic report, the UN Committee on Economic, Social and Cultural Rights Committee urges the Republic of Serbia to improve the position and respect the rights of trafficking victims. Special reference was made to the specific case of potential human trafficking for the purpose of labour exploitation of Vietnamese workers, engaged in the construction of the Ling Long tire factory.

The Committee discussed Serbia’s third periodic report and adopted concluding remarks in early March. Numerous organizations, including LSI’s member ASTRA, have contributed to the development of this report by providing a civil society response.

The Committee urges Serbia to intensify its efforts to make free legal aid available and accessible to all persons in need. In particular, it recommends that the government should ensure that eligible persons receive quality free legal aid, regardless of their place of residence. This should be done by strengthening the capacity of local governments; to provide clear guidelines to local authorities as to the procedure for the provision of free legal aid by civil society organizations, including the eligibility criteria for free legal aid.

In addition, public awareness on the availability of free legal aid and the application procedure should be ensured, particularly among workers in social welfare centres and disadvantaged and marginalized individuals and groups, including women, young people, persons with disabilities, Roma, refugees, asylum seekers, migrants, internally displaced persons, and victims of human trafficking.

Owing to incidents of human rights abuses from, inter alia, human trafficking, mining operations and work benefits discrimination, involving activities of Serbian corporations, the Committee notes with grave concern the absence of a policy framework to ensure that business entities respect rights and provide effective remedies under the Covenant.

While welcoming the establishment of the Serbian Centre for Protection of Human Trafficking Victims, the Committee remains concerned about allegations of trafficking and economic exploitation; the lack of support and protection provided to victims of trafficking; and the insufficient level of funding allocated to the prevention of trafficking in persons. The Committee therefore further recommends that Serbia intensifies its efforts to prevent and combat trafficking in persons, in particular, by ensuring adequate training of law enforcement officers and the judiciary with a view to improving early identification of victims, improving the protection and physical, psychological and legal support for victims, in coordination with civil society organizations and allocating sufficient funding to the prevention of trafficking in persons and the support for victims.

The Committee expressed further concern about the limited powers and capacity of Labour Inspectorate to effectively carry out its mandate. LSI’s member ASTRA will continue to closely monitor the implementation of these recommendations. The full text of ECOSOC’s concluding observations in Serbian and English can be found here:

Vietnamese workers at Chinese Factory in Serbia calling for Help