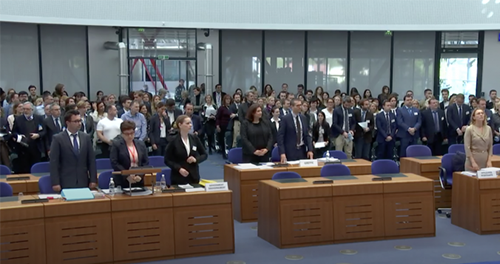 On June 25th, the Grand Chamber of the ECHR published its judgment in the case of S.M. v. Croatia finding unanimously, that there had been a violation of Article 4 (prohibition of slavery/prohibition of forced labour) of the European Convention on Human Rights.

The case concerned a Croatian woman’s complaint of human trafficking and forced prostitution. The applicant, a Croatian national, stated she had been forced into prostitution over several months. She alleged that the authorities had failed to respond adequately to her complaint, and maintained that no suitable legal framework existed in Croatia for dealing with the issues raised by her case.

Upon hearing the case, the Court found a violation of the prohibition of slavery and forced labour on account of the shortcomings in the investigation by the Croatian authorities into the applicant’s allegations and held that Croatia was to pay the applicant 5,000 euros (EUR) in respect of non-pecuniary damage.

According to the Bulgaria lawyer, Natasha Dobreva who works with Animus Association, the greatest achievement of the new judgement is that the Grand Chamber cements the liberal understanding that prostitution can be consensual and is not by default exploitation. Accordingly, the Grand Chamber does not use the term trafficking for the ‘purpose of sexual exploitation’ but ‘trafficking for the purpose of exploitation of prostitution’.