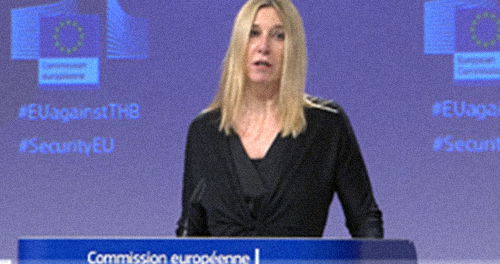 On December 19, the EC presented a proposal to amend the Anti-Trafficking Directive to further prevent and combat trafficking in human beings.

The proposal foresees to explicitly add forced marriage and illegal adoption as forms of exploitation to the definition of the crime of human trafficking (article 2). Further mandatory sanctions for companies held liable for trafficking crimes are proposed, next to a binding criminalisation of the knowing use of services provided by a victim of trafficking. In addition it is proposed to request EU MS to formalise National Referral Mechanisms (NRMs) to improve early identification of victims and referral to support and assistance, while creating the basis for a European Referral Mechanism. Lastly also enhanced criminal law response to the online challenges posed by increasing online recruitment, advertising and exploitation of victims of trafficking have been proposed. See here La Strada International’s first reaction to the proposed legislative changes.

The fourth progress report on the fight against trafficking in human beings, was also published which includes new statistical data for the years 2019-2020. Annually around 7000 victims are detected.

The data show that 51% of the victims were trafficked for sexual exploitation (a decrease of 41 percent; as in 2017-2018 this figure was 92%); 28 Percent of the cases reported related to labour exploitation, this form almost doubled compared to 2017-2018. High-risk sectors identified are agriculture, construction, forestry, food processing, cleaning services, housekeeping and domestic assistance. 11 % or the cases registered related to other forms of exploitation, including begging and forced criminality; removal of organs; forced marriages; illegal adoption and benefit fraud.

The Commission also reported that in 2019-2020, there were over 15 000 individuals suspected of trafficking crimes. But only 6000 of these were prosecuted and – even more concerning – only 3000 convicted.