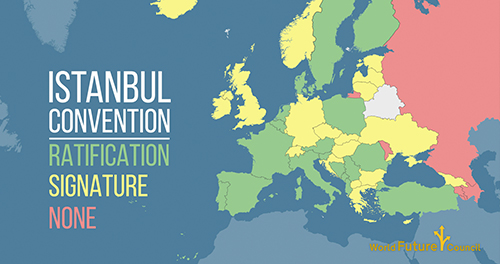 The Court of Justice of the European Union (CJEU) published its opinion 1/19  on EU accession/ratification to the Istanbul convention, the Council of Europe treaty on violence against women and domestic violence. Regrettably the opinion does not give a clear direction to the EU, to overcome the political blockage for the ratification of the Istanbul Convention. According to the opinion, the Council can take additional time to achieve greater political support among member states but cannot make “common accord” a prerequisite for a decision on accession, which should be made based on a qualified majority.

The European Parliament had asked for the court’s opinion in 2019, hoping to clarify the process. In September this year, the EU Parliament adopted a legislative initiative on gender-based violence reiterating its call for the EU to ratify the Istanbul Convention.