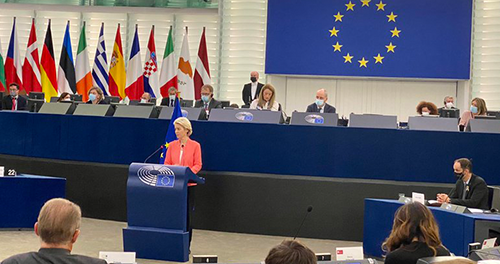 La Strada International has joined 70+ civil society organisations, coalitions and trade unions from all over the world to call upon the EU Parliament and Council to help strengthen the new EU proposal creating a ban on goods made with forced labour.

While we welcome the Commission’s proposal and see it as an essential step toward eliminating forced labour across the world, we believe the proposal falls significantly short of its potential and in particular, it fails to put workers at its heart.

Our greatest concern is that the proposal fails to take into account the fate of workers forced into exploitation, both inside and outside the European Union. It is essential that the proposal is amended to focus on ensuring that workers receive remediation, and to make sure that both affected and potentially affected workers’ views and interests are taken into account at all stages of the investigation and decision processes. Overall, the process of pre-investigation, investigation, final decision, remediation and further enforcement process needs to be reformulated to be worker and remedy centered.

With the significant estimated rise in modern slavery, we need urgent, meaningful laws to tackle the exploitation of workers globally, according to the latest ILO estimates that nearly 28 million people are in a situation of forced labour globally including 17.3 in the private sector  and the 3.9 million more in state-imposed forced labour.

See here our joint statement that details our key recommendations.