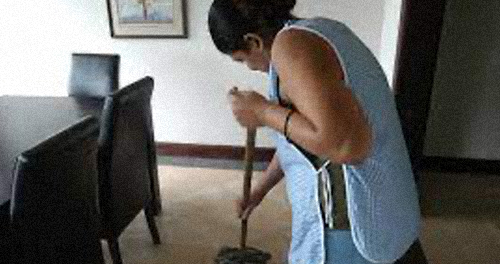 Au pairs who come to the Netherlands must from now on be young, unmarried and childless. With these rules, the Dutch government wants to prevent au pairs from being exploited and used as cheap home servants.

Outgoing Dutch State Secretary Mrs. Ankie Broekers-Knol (Justice and Security) has introduced stricter rules for the arrival of au pairs from outside the European Union to the Netherlands. For years there have been signals that the au pair programme, intended to stimulate cultural exchange, is being (mis) used for covert paid work. According to the State Secretary, the group that is abused mainly consists of women from low-wage countries, who have a family at home that they support with the income they earn in the Netherlands. Au pairs from outside the EU must therefore prove that they are unmarried, declare that they have no children and they must not be older than 25 years. The maximum age is now 30 years.

Further, according to the current rules, an au pair from outside the EU may come to the Netherlands for a maximum of one year to become acquainted with Dutch culture and society by living with a host family. That family may request from the au pair ‘light supportive household tasks’, up to a maximum of thirty hours per week. The compensation for this is a maximum of 340 euros per month. As early as 2014, research showed that many au pairs worked longer hours and did heavier work than is allowed. And signs of improper use persist.

In 2020, LSI’s member, CoMensha Human Trafficking Coordination Center received at least fifteen reports of the exploitation of au pairs last year. “And by no means everyone reports,” says director Ina Hut. “In reality it will be much higher.” While CoMensha has stated that the new rules might have some positive impact, FairWork does not see how the Secretary of State’s new conditions will help reduce the problems. “The most vulnerable people are now being removed from the scheme, with the assumption that the abuse will stop,” says project leader Anna Ensing. The organization rather expects the restrictions to lead to the arrival of more undocumented au pairs. “And then you are completely vulnerable.” Au Pair agencies have emphasizes that good screening of au-pair families, personal and frequent contact and rapid intervention are the best means to prevent exploitation; instead of age limits and marital status .