Action Plan for governments to commit to improve access to justice 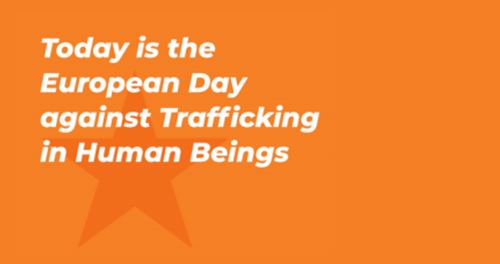 On the occasion of the European Day against Trafficking in Human Beings, 18 October, La Strada International addressed European elected representatives, including the Members of the European Parliament, the Committee of the Parties of the Council of Europe Convention on Action against Trafficking in Human Beings, the Parliamentary Assembly of the Council of Europe and the OSCE Parliamentary Assembly with a 6 point action plan to commit to improve access to justice for victims of crime, in particular trafficked and exploited persons.

Compensation and recovery of unpaid wages are crucial aspects of access to justice for victims of crime. For victims of human trafficking and other forms of labour exploitation or violence in the workplace, compensation serves as an instrument of restorative justice and of prevention of further exploitation. It is also a recognition of the violation of their rights, the damages they have suffered and the wages they are owed. In recent years, compensation and recovery of unpaid wages have been increasingly on the agenda in Europe. The rights of victims of human trafficking have been established in EU and international law.

Despite the legal framework in place, seeking and obtaining compensation remains difficult and often even impossible in practice. Our evidence shows that very few victims have the means to seek compensation. A number of legal, procedural, financial and practical barriers hinder the access of trafficked and exploited persons to effective remedies, including compensation. This situation is exacerbated in the case of undocumented or irregular migrants who are disproportionately exposed to exploitation and abuse.