Why are they prosecuting children who grow cannabis? 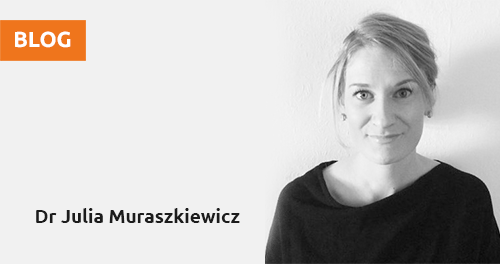 This think piece is a reaction to the European Court of Human Rights (ECtHR) case of V.C.L. and A.N. v the United Kingdom [Applications nos. 77587/12 and 74603/12], addressing the prosecution of human trafficking victims in light of Article 4 (prohibition of slavery, servitude and forced labour) of the European Convention on Human Rights. However, this is not a breakdown of the law, or an analysis of the ECtHR’s approach to human trafficking legislation, including the principles of non-prosecution and non-punishment, or even a conceptualization of what the principle truly entails.

Instead, I want to use this case as a catalyst to take a few steps back. I want us to stop and think and ask the axiomatic question: what did the Crown Prosecution Service [CPS] for England and Wales hope to achieve when it decided to prosecute two Vietnamese children for growing cannabis? To summaries:

the case concerned the (then) minor applicants charged and convicted of drug production. Both were recognised as victims of trafficking by the designated Competent Authority. Both were prosecuted and punished at a time when there was already recognition amongst key stakeholders that Vietnamese children are particularly vulnerable to being trafficked into, and within, the United Kingdom for exploitation in drug plantations. There were numerous reports on the extinguishment of free will when it comes to human trafficking for the purposes of criminal exploitation. Despite the recognition of their victim status by the anti-trafficking authorities, as well as alarms raised by social services and assessments made by key stakeholders regarding their status as victims of trafficking, they were prosecuted, convicted and imprisoned for the offences. Further appeals were rejected on the basis of prosecutorial discretion, with the Court of Appeal finding that the Crown Prosecution Service was not obliged to follow the findings of anti-trafficking authorities. The first applicant was sentenced to twenty months’ detention in a young offender institution, and the second applicant was sentenced to an eighteen-month detention and training order.

The first logical point to make is that because of national obligations emanating from Art.26 of the Council of Europe Convention on Action against Trafficking in Human Beings, these minors should never have been brought before a judge. But let us forget that responsibility for a minute. Let’s even overlook the duties that a State has to protect victims of human trafficking after they have been identified. Let’s ask: why punish?

The obvious answer is that the reason to prosecute and punish is because the law has been violated; in this instance, by production of a Class B drug. But, in England and Wales at the time of the prosecution, the prosecution had (and still has) a discretion not to prosecute a case when it is not in the public interest. The CPS guidance notes that: ‘Where a victim has been compelled to commit the offence, but not to a degree where duress is made out, it will generally not be in the public interest to prosecute unless the offence is so serious or there are other aggravating factors.’[1] And so again we must ask, given these guidelines, why prosecute? The offence was not so serious, and given the age and circumstances of the defendants, I would argue there were mitigating, not aggravating, factors. The matter becomes more confusing when we read the further guidelines the prosecution team had. Namely, that prosecutors can take into account the following elements when considering public interest:

‘a credible suspicion that the suspect may be a trafficked victim; the role played by the victim in the criminal offence; the closeness of the offence to the trafficked person’s situation; whether the victim committed the offence as a result of violence, threats or coercion, the vulnerability of, or fear, felt by the victim.’[2]

On balance, the available guidance seems extensive and should have prevented the prosecution.

Of course, many people will argue that they were worried about the dysfunction that comes from a laissez-faire attitude to the production of Class B drugs, and so we must punish those involved in the business to prevent harm being done to society.  That is not the point here – I am not arguing for legalisation of drugs, or against prosecuting people for committing crimes – I am trying to truly understand why we would imprison two children who were recognised by the Competent Authority as victims of trafficking. Despite this recognition, the prosecution – without providing satisfactory reasons for its choices, and then the Court of Appeal, relying on the same scarce reasons – found that the decisions to prosecute had been right.

But surely, if one was really concerned about harm caused to society and wanting to contribute to public interest, one would focus on the traffickers, not the two children. In this case, what the prosecution did, in a single stroke of the indictment, was punish the victim and not the true criminals. The result of this action: a trafficking operation not investigated and the lives of two minors negatively affected. For, the experiences of prosecution and punishment undoubtedly erect social, psychological and legal barriers to a successful life and inhibit the two individuals’ ability to be contributing members of society.

An aligned argument that some may put forward for punishment – in addition to protecting society from Class B drugs – is that we must punish to deter future crimes. This is an argument made on the premise that people fear punishment, and so they do not commit crimes. The problem is threefold: firstly there are still serious doubts whether punishment through incarceration in and of itself deters crime or can even rehabilitate the offender. Secondly, there is a strong argument to be made for using detention as a last resort, particularly for minor offenders. Thirdly, and here we come back to the specificities of minors coerced into producing drugs and the control exerted over them, punishing them will not stop them, or others like them, from committing such crimes. In cases such as those of V.C.L. and A.N., the protagonists are not thinking of the consequences of their actions. Instead, they are coerced by their traffickers and their circumstances. Their choices are not free choices, they are a product of the compelled conditions of their relationships. And so, we must ask, if they cannot control their actions, and cannot realistically – bearing in mind the psychologically coercive factors – prevent the crime being done, where is their free will and, consequently, what is the point of punishing them? It makes no sense to condemn those who are not truly responsible for what they have done.

Punishing people in cases like this will not work for the common good of deterring crime. Punishing them will not make them better people through rehabilitation; on the contrary, and as stated above, it will impair their lives. Punishing them will not achieve justice because punishment in these cases is not a matter of giving the wrongdoers what they deserve, their transgression was not of their will and so retributive justice is extraneous.

Practice Manager at Trilateral Research. Research areas include human trafficking, human rights, human security, criminal law, victimology and research ethics. Member of the editorial board for the Journal of Human Trafficking (Taylor & Francis) and author of two books: on the non-punishment of victims of human trafficking  and on human trafficking in conflict (Palgrave Macmillan).