How far can we extend the non-punishment principle? 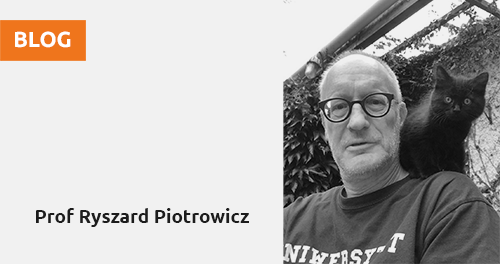 In a recent blog, Julia Muraszkiewicz asked why we prosecute children. Her question was prompted by the very recent judgment of the European Court of Human Rights in VCL and AN v UK, that the UK had violated Article 4 of the European Convention on Human Rights by prosecuting and convicting two Vietnamese minors (aged 15 and 17 respectively) of drug offences.

Why indeed? But even if we accept the international law definition that a child is anyone under the age of 18 years, does this mean that minors cannot be guilty of crimes? That would be ridiculous. Clearly, people under 18 years of age can commit acts with criminal intent. And, if they can be prosecuted for other offences, then why not for growing cannabis?

The real issue here is, I suggest, not age but rather the scope of the non-punishment principle, which requires that people should not be penalised for offences they have been forced to commit in the course, or as a consequence, of being trafficked.  I am not aware of any tribunal having accepted that victims of trafficking have immunity from prosecution. And that is a good thing; nobody should be above the law. However, the law recognises that some people should not be held accountable for acts they have committed, because of age, disability or duress. That exemption includes victims of trafficking.

The recognition of having been trafficked as specifically giving rise to a duty not to penalise that person is remarkable.  How many other offences are acknowledged in this way? Of course, what is being recognised is the victim’s lack of agency; the fact that they are victims and not perpetrators of crime.

There is now widespread acceptance of the notion that trafficked people should not be penalised for offences they were forced to commit, but there remains no consensus about how far this should be taken. In many cases, courts have stressed the need to look at all the facts, and this makes sense. The fact that a trafficked person was under 18 should not guarantee immunity, but it should be taken into account.

In some cases, it can be relatively easy to find the link between coercion and the offence perpetrated by the trafficked person. However, there are risks. Sometimes the trafficked person may not be identified as such, and prosecuted. That is well known. But what about the genuine criminals who falsely claim that they are victims of trafficking? This has been reported to be happening in the UK. The alleged criminals are said to be Albanians who have been muscling in on the cannabis trade.

States have a legitimate interest in bringing criminals to justice, and a duty to protect us from these same criminals. Somehow, the authorities are supposed to achieve this, whilst ensuring also that the real victims of trafficking are not revictimised by wrongful prosecution or punishment.

Perhaps this dilemma is at its most problematic in the case of so-called historic victims of trafficking. To what extent can having been trafficked in the past be relevant to reducing, or even denying, your culpability for acts you have done? If you have been trafficked in the past, then you never cease to be a person who has been trafficked, just as the person who breaks their right leg never ceases to be a person who once broke their right leg. You can recover from a broken leg, but can you recover from having been trafficked? Or, to put it more precisely, is there is a use-by date for benefiting from the non-punishment principle?

The answer is clear: maybe. Of course there will be cases where someone who has been trafficked commits an offence that is totally unrelated to their having been trafficked. If someone is brought from country X to work in a car wash in the UK, then returns home and steals a bar of chocolate from the supermarket then , on the face of it, there is no connection. And if he stabs the supermarket store detective in order to escape being apprehended, there is still no connection.

But a trafficked victim may remain traumatised by the experience long after the exploitation has stopped. Or they may themselves become more or less willing partners in the exploitation of others, perhaps because they remain under the influence, or are in fear, of their own traffickers. Article 26 of the Council of Europe anti-trafficking convention (the non-punishment provision) applies to all victims of trafficking – not just victims who remain in a trafficking situation. It has no time limit.

What is clear is that, even if a person remains under the influence of control of traffickers, that does not mean that every offence they commit should automatically be excused because of that fact. Nor can one say that having been trafficked in the past automatically affects your culpability. But it might.

Any attempt to lay down a formula for the scope of the application of the non-punishment principle is probably doomed to failure, unless one keeps to a suitably vague and not very helpful “take all the relevant facts into account”. As the ECtHR said in Rantsev v Cyprus and Russia, States have a positive obligation to take operational measures to protect trafficked persons once they become aware, or should have been aware, of a situation whereby a person was being trafficked or at risk of being trafficked.

The judgment did not indicate when that protection duty comes to an end. The answer is that it never comes to an end. States must always have in place a framework of legislation and other measures that enables them to provide the protection required by Article 4, and that includes giving full effect to the non-punishment principle.

If you have been a victim of trafficking, you will always be someone who has been a victim. Just as, if you are a child, you will always be someone who used to be a child. But childhood slowly disappears; it does not just vanish overnight after you have reached the age of 17 years and 365 days. The impact of having been trafficked may also diminish, but to place precise limits or dates on the duration of victimhood would be farcical, and a violation of States’ duty to protect, and not punish, trafficked people.