Employers’ sanctions: will the EU finally… 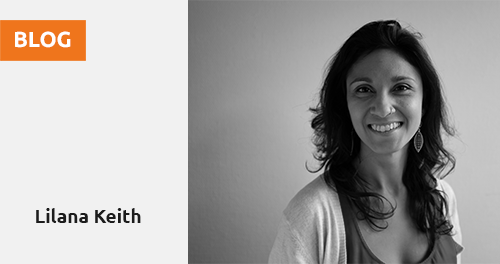 EU countries should do better to protect undocumented migrant workers’ rights under existing EU rules. This is what the EU Fundamental Rights Agency found in their latest report. The research finds major gaps in the implementation of the Employers Sanctions’ Directive when it comes to enabling exploited workers to get justice, nearly ten years since it came into force on 20 July 2011. It highlights the need to improve complaints systems, access to compensation and residence permits, and ensure labour inspectorates focus on protecting workers and not immigration law. This research echoes the experiences of our members.

This issue is not new. The European Commission’s (EC) own website summarises two main findings from its first evaluation report of the Employers’ Sanctions Directive from 2014[1]: there are differences in the severity of the punishment in different EU countries, and there is room for improvement in all areas offering protection to irregular migrants.[2]

Nonetheless, the EU has done little to encourage such improvements so far, and rather has pursued policies focused on stepping up detention and deportation that run at odds with fundamental rights. Only one evaluation report of the Employers’ Sanctions Directive was published in 2014, and the European Commission has since remained silent regarding undocumented workers’ labour rights.

Later this year, an evaluation report from the European Commission is finally expected, together with a political direction regarding the future of the policy.

While organisations representing workers have, and continue to, express concerns around the Directive, PICUM recognises and regularly uses its provisions that explicitly reaffirm undocumented workers’ labour rights.

A major focus has been the provisions in the Directive that require EU Member States[3] to ensure there are effective mechanisms and procedures through which third-country nationals working irregularly may lodge complaints against their employers, introduce a claim and eventually enforce a judgement for any outstanding remuneration. Effective complaints mechanisms enable the exercise of a full range of rights of undocumented workers – as persons, workers or as victims of crime – stemming from various legislation.

Crucially, in order for the complaints mechanisms and legal procedures to be effective, they have to be accessible without risk of immigration enforcement.

However, labour inspection authorities have for the most part been tasked with checking work permits of workers, in order for sanctions to be imposed on employers in the case of irregular employment – in line with the ‘Employers Sanctions Directive’. While there are a number of important examples where it is not the case, in most European countries, undocumented workers risk immigration enforcement as a result of these checks. The FRA found that labour inspectorates share irregular migrants’ personal data with police or immigration authorities in 20 out of 25 EU countries bound by the Directive. There is a lack of safeguards to ensure this data is not used for immigration enforcement. Labour inspectors also frequently carry out inspections accompanied by police who directly carry out immigration checks.

This completely undermines the purpose of labour inspections (and the ILO Labour Inspection Convention), and access to labour rights for undocumented workers. The risk of deportation for most people with precarious or irregular status is equivalent to losing everything, being uprooted from your life, repeat victimisation and exposure to significant hardship and risk of harm.

This situation also enables the immigration system to be used as a tool for exploitation. Workers threatened with deportation are liable to accept poor pay and conditions. Deported undocumented workers can easily be replaced by others and the gains made through systematically under-paying workers and not declaring work make it financially worth the risk of sanctions. Authorities also face significant barriers to imposing sanctions without the evidence and engagement of workers.

By holding employers accountable for due wages, taxes and social security, the financial implications for them would be much more significant. And fundamentally, the complaints mechanisms would serve the state, public purse and social security system, the labour market and workers.

A crucial issue at stake is whether or not the EU will recognise this in its forthcoming report. We hope the European Commission will finally take a stand and clarify to member state authorities that the Employers’ Sanctions Directive requires complaints mechanisms and procedures to be effective, and therefore due safeguards must be put in place to enable engagement and access to remedy for workers, who should not face immigration enforcement as a result.

Information gathered or otherwise obtained by labour inspection authorities should be used to initiate procedures against employers for due social security, taxes, wages and sanctions, and where applicable to support workers to access relevant residence permit procedures, but not used to initiate immigration enforcement against workers.

Find out more in PICUM’s submission to the European Commission’s consultation on Directive (June 2021).

This blog was earlier posted at the PICUM website

[1] According to the law, a report on its implementation is due every three years.

[2] Likewise our analysis from April 2015, found extremely limited implementation of any of the protective elements in four EU countries. In 2017, we looked deeper into the situation in Belgium and the Czech Republic and found worker complaints mechanisms inadequate, inaccessible and ineffective, with only one known case across the two countries in which a worker had been able to claim unpaid wages in line with the provisions of the Directive.

[3] This directive does not apply to all EU countries – Denmark and Ireland opted out.