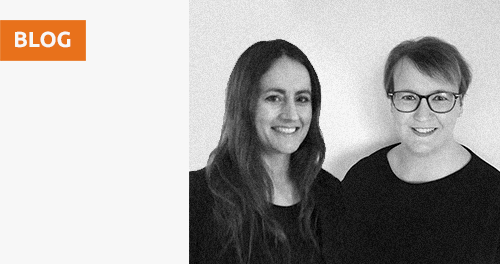 Effective access to remedy for victims of labour exploitation “nigh on impossible” without civil society support.

This point has once again surfaced in the findings of our recent ILO Study on Access to Protection and Remedy for victims of human trafficking for the purpose of labour exploitation in Belgium and the Netherlands.** Given the small chance that victims will succeed in receiving remedy and compensation, we sought to explore in more depth the avenues to protection and remedy available to human trafficking victims for the purpose of labour exploitation in both Belgium and the Netherlands. In particular, we wanted to also identify the possibilities of “potential victims” – those persons who are not given human trafficking victim status e.g., due to refusal to cooperate with criminal proceedings and those who have their victim status withdrawn e.g., case is dismissed or criminal proceedings have started but prosecutor decides to prosecute for other offences than human trafficking – to seek remedy for exploitation suffered beyond criminal anti-trafficking proceedings as they are still entitled to recuperate their unpaid wages, social security contributions or claim damages for workplace accidents.

One of our key findings was that effective access to remedy heavily relies on the essential role of third-party organisations who provide advice, guidance, support and assistance to potential victims of labour exploitation.

We discovered that in both countries multiple mechanisms in criminal, civil and administrative law exist. These allow victims of labour exploitation, at least in theory, to access remedy, including compensation and/or possibilities to claim back wages. However, it is very difficult to use these mechanisms in practice. Where victims make use of such avenues they strongly rely on specialised assistance from civil society and labour rights support organisations, such as FairWork in the Netherlands and FAIRWORK Belgium and trade unions.

The role of organisations such as these is crucial when it comes to providing advice and guidance to migrant workers relating to their labour rights, including those in an irregular migration situation. Their very good institutional knowledge on the options available is a significant asset as they can identify the most successful routes for claiming redress and can outline the most appropriate and realistic options for the workers, taking into account their individual circumstances and the availability of objective evidence.

Where organisations engage with workers who are still in the workplace, they can facilitate the evidence gathering process, to collect as much proof of an employment relationship – something which is often difficult in the absence of employment contracts and payslips – which will be crucial to receiving effective remedy. For example, FairWork in the Netherlands will advise workers to keep a record of the hours worked and install google maps so that they can use the location tracking feature as proof that they have been physically present in a particular workplace.

Civil society organisations can facilitate the preparation of complaints and accompany victims through proceedings to ensure that the correct course of action is taken on behalf of the victims. Similarly, whilst many Belgian and Dutch civil society organisations are not able to initiate civil or criminal proceedings on behalf of victims, they can assist with the preparation of a complaint to a labour inspector or prosecutor and, where necessary, seek assistance from a labour lawyer. In the Netherlands, FairWork will accompany the worker to court hearings and continue to liaise with workers who are given access to shelter and accommodation, to follow their compensation claims. Once again, the institutional knowledge of these organisations is crucial as many of these remedy pathways have very strict eligibility criteria. For example, in Belgium, where employers have gone bankrupt, workers are entitled to access the Fund for Business Closures within 13 months of the employer’s declaration of bankruptcy. Due to the deadline, FAIRWORK Belgium initiates this procedure concurrently to other proceedings in order not to miss the deadline for the submission of a claim.

We found that civil society support organisations in both countries have developed very strong working relationships with key actors such as labour inspectors, (labour) prosecutors and lawyers, immigration authorities and anti-trafficking support organisations. The regular liaison and engagement with these actors have, in some instances, led to informal agreements being made to ensure that the rights of migrant workers are upheld. For instance, in Belgium, workers who have returned to their country of origin are entitled to receive an compensation from the Federal Agency for Occupational Risks following a workplace accident. FairWork Belgium has set up informal arrangements with the Immigration Office that grants a temporary visa to these workers when they are required to return to Belgium for compulsory medical checks in order to assess their continued entitlement to indemnity.

Despite the crucial role of civil society support organisations, there is often a limit to their mandate either due to a lack of financial or human resources or through a lack of recognition of their formal mandate. For instance, FAIRWORK Belgium is not recognised as a designated third party under the complaints mechanism that allows irregularly staying third country nationals the right to claim unpaid wages and social security (a right transposed into Belgian law from the Employers’ Sanctions Directive 2009/52/EC). A lack of recognition of the vital role of civil society organisations can be extremely detrimental to seeking effective access to remedy for all victims of labour exploitation. In the meantime, our findings reveal that civil society organisations’ advocacy, creativity and commitment has led to relationships of trust with relevant governmental actors that in turn secures the rights of victims of labour exploitation.

We hope that these promising practices can be built upon when enabling effective complaints and compensation mechanisms for potential human trafficking victims for the purpose of labour exploitation. To achieve this goal, we recommend that it is necessary to strengthen the capacity and resources of civil society support organisations to boost their role in supporting (potential) victims.

*A note on the ILO study.

The study examines the avenues for access to protection and remedy for victims of human trafficking for the purpose of labour exploitation in Belgium and the Netherlands. The study is based on desktop research complemented by interviews with selected practitioners from different professional categories in both countries and seeks to provide insights into how these avenues work in practice, to identify barriers that exist in accessing them and to highlight existing good or promising practices.

The full Report, Executive Summary (EN, NL, FR) and Policy Briefs on role of trade unions and labour inspectorates can be accessed here.

** A note on the Apéro du droit européen « Falling through the cracks? Improving access to protection and remedy for victims of human trafficking for labour exploitation »

The implications of the findings of the study at a national and European level will be discussed in more detail at the fourth Apéro du droit européen hosted by the Institute for European Studies and Centre for European Law of the Université Libre de Bruxelles on 24 June 2021 from 17.30 – 19.00. Information on speakers and registration can be found here.

On June 24, 2021 the fourth “Apéro du droit européenne” event was organised entitled “Falling through the cracks: Improving access to protection and remedy for victims of human trafficking for labour exploitation’. At this event, the ILO report was launched and discussed with civil society actors that contributed to the research. The recording is now available on YouTube: https://youtu.be/QuZWX2H2umQ